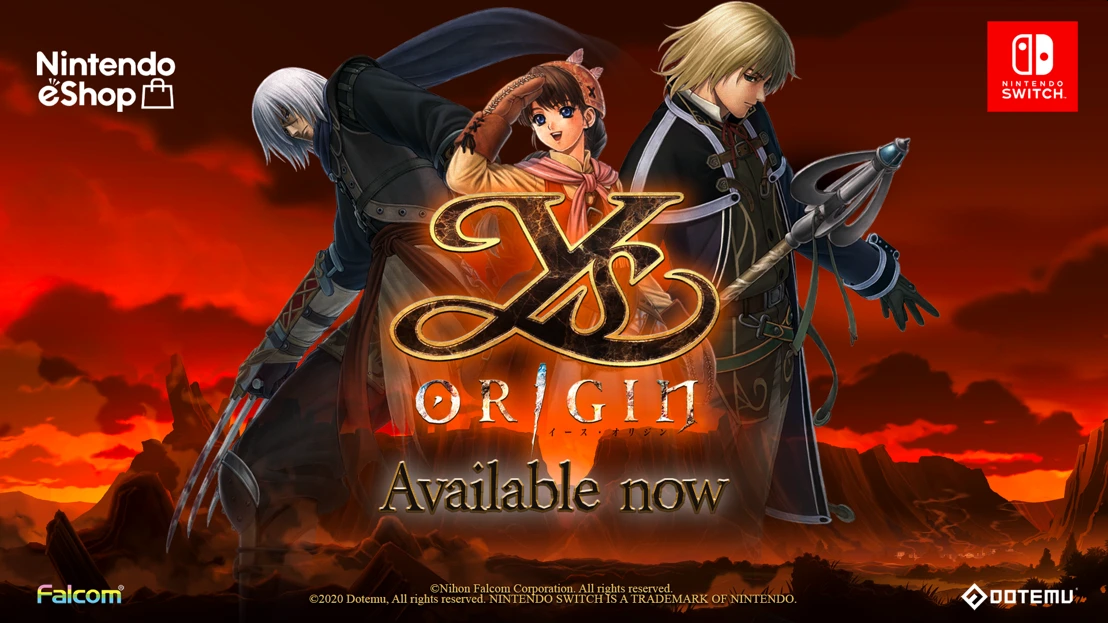 When you think of classic JRPG series, it's hard not to think of Square Enix stalwarts like Final Fantasy or Dragon Quest. Others that come to mind are the Tales series from Bandai Namco or Monster Hunter by Capcom. Still, for those who love a classic JRPG experience, it's hard to not recommend the long-running Ys series. Following on from Ys VIII and IX, Ys Origin looks to expand the series on the switch. Today marks the release of the game on the Nintendo eShop for £17.99 or your local equivalent.

I can certainly recommend Ys Origin. I've played it myself and it's very good, that's as simple as that. If you want to read a more detailed review our very own Kai reviewed it, giving the PS4 port 8.2/10.

Much like the PS4 port, this has also been handled by Dotemu. This version of Ys Origin will feature all additions made to the game since the original release. This includes the speedrun mode featured in the Xbox One port as well as touches and polish to make this the definitive edition of the game. So what are the features of Ys Origin? Well, here you go:

You can watch the launch trailer for Ys Origins on the Nintendo Switch right here: