Ys Origin Review – Before Ys VIII, There Was The Devil’s Tower

The PlayStation 4, while being a proud member of the latest generation of gaming, has quietly become a platform for resurrecting classic experiences. It was only last month that a brand new Double Dragon released and a growing number of Tim Schafer adventure titles before that. In that time, an up and coming developer by the name of DotEmu began a mission on the PlayStation 4 to bring a number of retro games to a new audience. One of the first titles to receive such treatment on the Sony platform is Ys Origin, a prequel that predates the adventures of red-haired protagonist Adol by some 700 years. 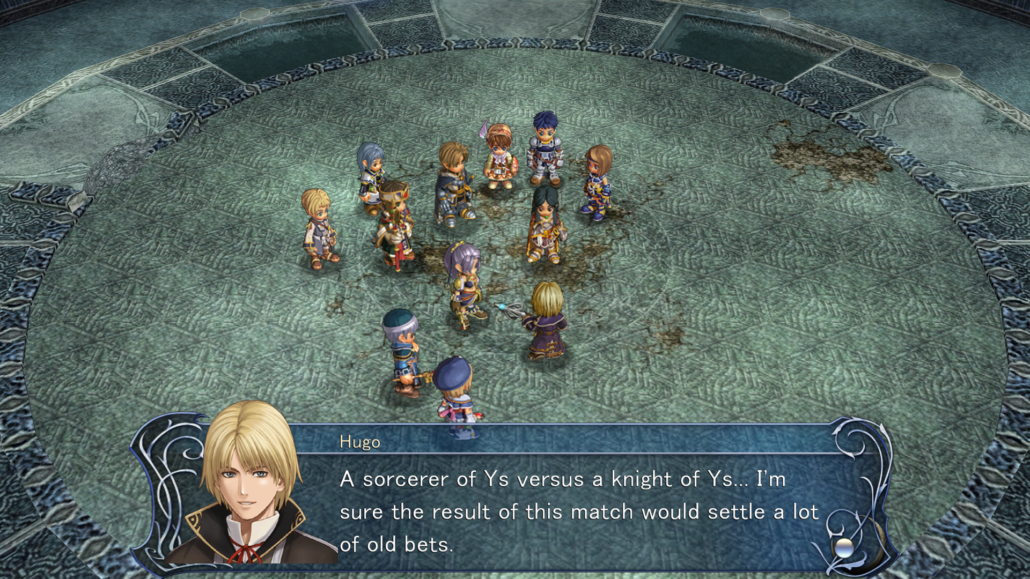 Ys Origin first made its PC debut in Japan back in 2006, a time when Steam was only just starting to gain traction and PC gaming was a much different landscape than it was today. It wasn’t until 2012 that XSeed secured the rights to this particular Ys adventure and translated it to English for a global audience. Having been built upon the same engine that powered Ark of Napishtim and The Oath in Felghana, Ys Origin plays very much in that same vein of fast-paced action RPG.

Players will have their choice of one of three characters to tackle the Devil’s Tower and reach its apex. Two of them are available from the journey’s onset, and for the first time in the series, neither of which are named Adol. Yunica Tovah, named for one of the six famed priests of Ys, is your more melee-oriented character with axe and sword in her arsenal. On the other hand, Hugo Fact is a ranged-type character that turns Ys into a bullet hell shooter with the sheer amount of magical orbs he can unleash from afar. A third character, whom I’ll refrain from spoiling despite Ys Origin’s ten-year history, fits nicely into the story once these first two routes are brought to completion. 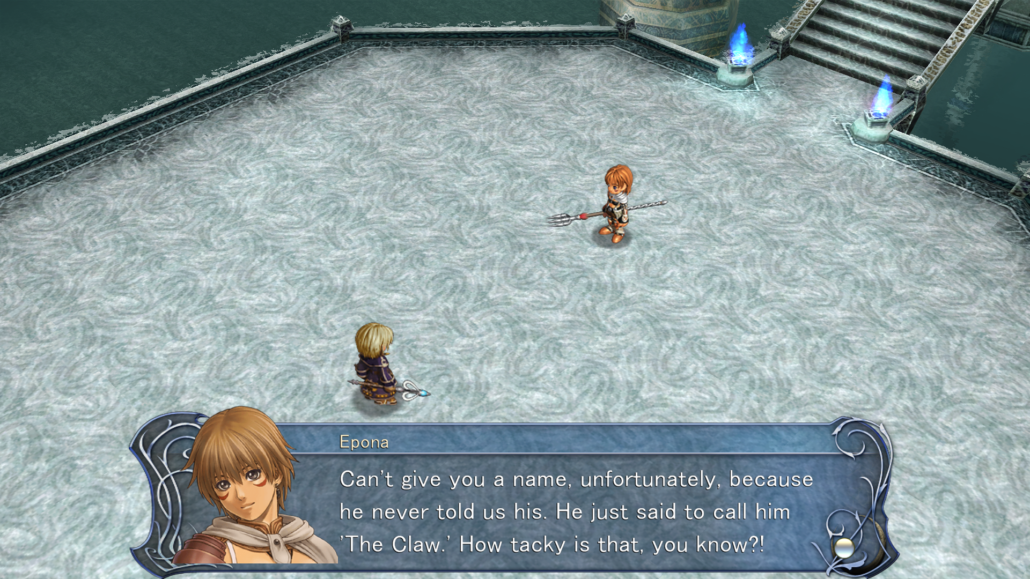 No matter which character you pick, their goal is to climb the Devil’s Tower and defeat those that would pervert the Goddesses of Ys and take their power as their own, laying the foundation for nearly eight hundred years of adventures in the land of Ys. The layout of the tower doesn’t change between characters, however, certain key story events are seen from different viewpoints as Yunica and Hugo frequently take different paths to achieve their goals. Ys Origin’s secret third character fleshes out this origin story by helping to fill in the gaps that weren’t covered in the two main characters and even provides a canon ending and secret boss for those willing to climb that tower for the third time.

Ys Origin takes the exploration and adventure of its mainline series and condenses it down to its simplest form. The same quick hack and slash action that Adol is known for dishing out is still here whether you take up Yunica’s axe or Hugo’s magic spells. Exploring a large world map and checking out new locales is instead swapped for a vertical tower climb with a number of different biomes and environments to check out. While the characters level up and become stronger in a traditional RPG setting, gear upgrades and new equipment is acquired in treasure chests rather than purchased in a shop. 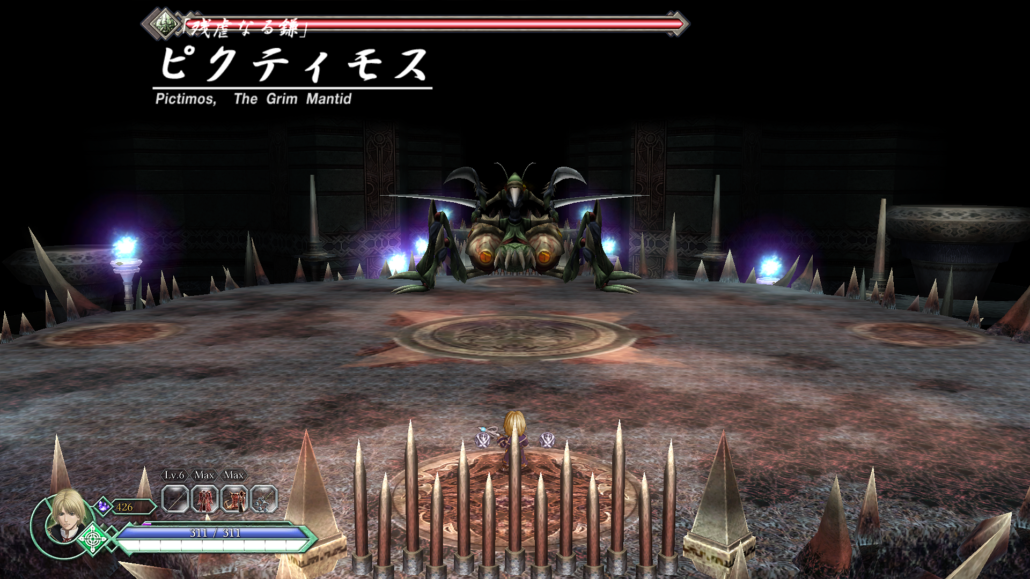 The fast-paced combat has been a staple of the Ys series for many years and Origin still holds up as being as enjoyable as ever. At a stable 60 FPS, the combat holds steady except for some of the more demanding bosses. No matter which character you choose, moving around and cutting down multiple foes at once always feels good. The massive bosses of the Devil’s Tower have some influence of Zelda to them, usually having some sort of weak point that you have to figure out as a light puzzle before you can dish out the pain. Unfortunately, even after ten years, the jumping and platforming still lack the precision to make it perfect. I’ve still missed plenty of jumps that I could’ve sworn were good or gotten knocked off of platforms and had to crawl my way back up on more than one occasion.

After climbing the tower with all three characters, there’s still plenty of content left to check out in Ys Origin including Time Attack and Boss Rush modes. While these modes are separate from the main story, there are some perks that can carry over into the main adventure such as EX versions of the main cast. The Boss Rush/Arena even has some surprises of its own such as a certain red-haired swordsman that can be unlocked specific to that mode. 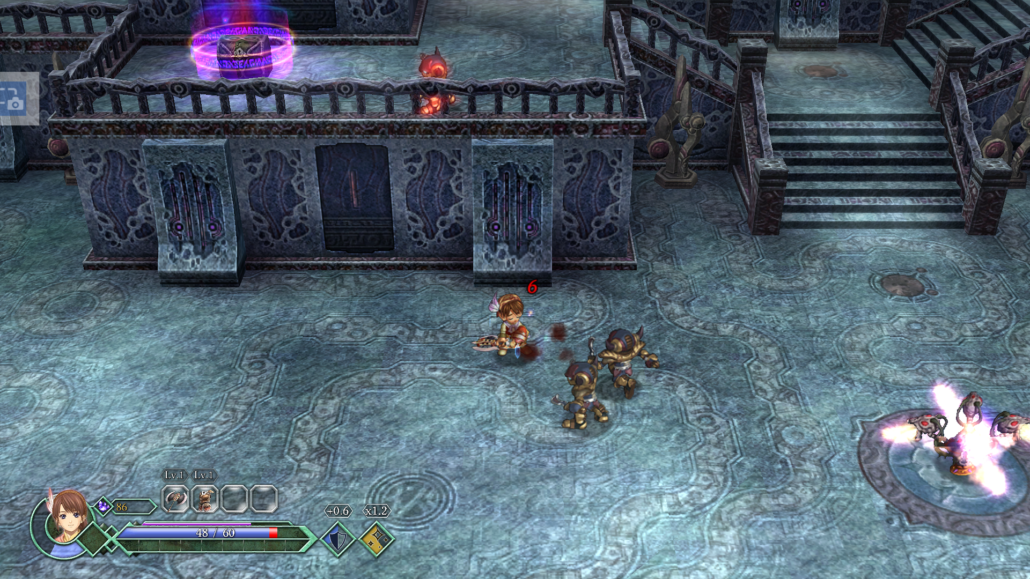 Staying faithful to its PC origins, DotEmu kept nearly everything that made the original 2006 release so beloved intact. New to the PS4 release is the inclusion of widescreen support and a number of UI changes that help make the whole experience easier on the eyes, including a much more unified arrangement of status bars. The low-res graphics of Ys Origins certainly won’t win any awards for technical design but they’re still fairly easy on the eyes. I personally would have much preferred to play through Yunica’s adventures on the PlayStation Vita given how the graphics could be better suited for a portable experience but sadly that version still isn’t quite ready to be released.

Ys Origin’s translation should feel familiar to those that played through the original PC localization released back in 2012. Coming in from the fine folks over at XSeed, the localization of Ys Origin has a charm all its own, with the various story characters speaking with their own distinct charm that goes far beyond just a simple translation. For fans abroad in Europe, Ys Origin also features new translations in German, Spanish, Italian, and French. Having not been fluent in these other languages, I couldn’t verify their authenticity, but it’s a great move towards expanding the global appeal of Ys.

I would have originally passed Ys Origin off as a strange oddity, having been re-released seemingly out of the blue by Dotemu. However, with the recent localization efforts by NIS America to bring Ys VIII to a global audience, the pieces can be seen falling into place. With the last Ys title to make its way to North America on the PlayStation 4, it would only make sense to bring forth the chronological first title as well. It may not mechanically be the strongest title in the Ys lineage, but Ys Origin’s console debut could be the start of something great. Fall 2017 is a long time away for Ys VIII and if Dotemu could show the same love to the many other Ys games that preclude it, the PlayStation 4 could certainly be a haven for those looking for one of the most storied action RPG series to come out of Japan.

While Ys Origin feels like a relic of the mid-2000's, its fast paced combat still stands the test of time and should satisfy fans waiting for Ys VIII's global release.