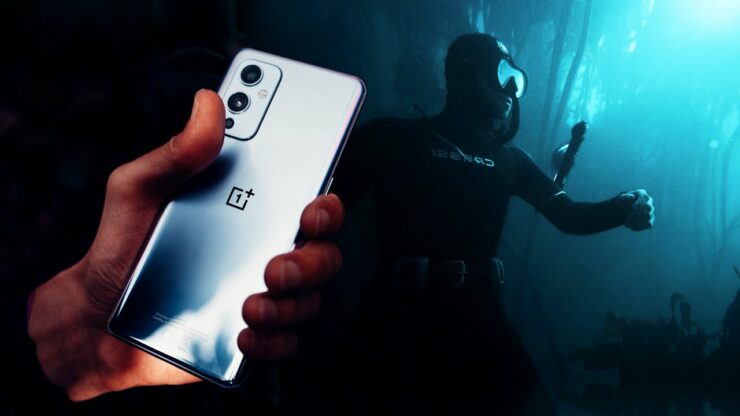 When OnePlus 9 Pro debuted, one of the biggest selling points that the company marketed was the camera system on the phone. Sure, it was one of the better cameras found on the OnePlus series, but it was not on par with the competition. However, we all know that the camera is only as good as the person using it, and if you hand over the Sony A7S III to someone who does not know how to use a camera, the results will be abysmal. This is only proven true by YouTuber Sam Kolder and Bryn North, who shot a 'big budget' commercial entirely on the OnePlus 9 Pro.

Sure, the OnePlus 9 Pro does have impressive cameras to boot, but Kolder takes it to another level and shoots one of the most stunning videos that I have seen and even boldly claims that the video is shot "100% on the One Plus 9 Pro," you can have a look at it below.

The almost 6-minute commercial is one of the more impressive ones I have seen lately, especially when you look at the fact that it was shot entirely on the OnePlus 9 Pro. You can see some stunning cinematics, B rolls, as well as slow-motion shots from a variety of angles, and the more you look at it, the harder it is to believe that this was actually done on the phone.

However, I would not just credit the phone itself. When you are talking about some excellent photography and filmmaking, Sam Kolder is one of the more renowned YouTubers. His understanding of how to use a camera, plus his post-processing skills, are two of the biggest influences on how this video turned out the way it did.

Still, this only makes me excited because the OnePlus 9 Pro came out earlier this year, and smartphone cameras are still catching up and becoming better and better. This just gives you a glimpse into the future of smartphone filmmaking and photography, and I am excited about it.