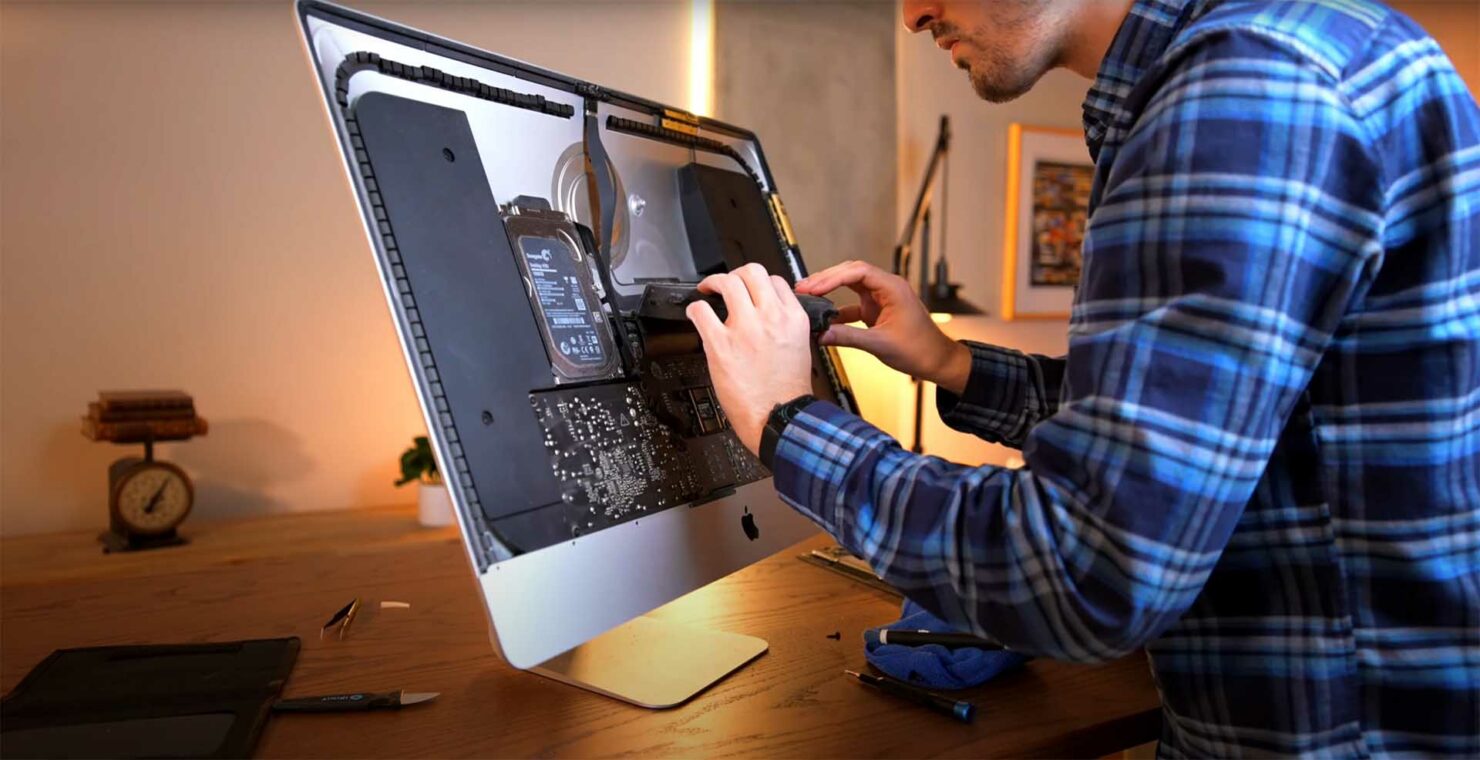 Apple’s $1,599 Studio Display offers a decent package for creative professionals who are not looking to splurge tons of money for engaging in color-accurate work. At the same time, many would argue that there are other options from different companies that feature a better price. These arguments will continue to go back and forth, and where some consumers justify spending four figures on a display stamped with an Apple logo, one YouTuber shows how to make your own Studio Display for less than half the price.

Luke Miani purchased a 2014 5K iMac, which he intended to use for his DIY Studio Display. Already eight years old, the 5K iMac’s specifications are decent, but nothing noteworthy in the face of the current competition, featuring a fourth-generation quad-core Core i7 CPU, 24GB DDR3 RAM, and a 4GB AMD Radeon R9 M295X GPU. Those scouring the internet specifically for this model will be pleased to know that it can run Apple’s latest macOS Catalina update.

Unfortunately, it has a slower Fusion Drive, which is just another fancy term for a mechanical hard drive, which limits performance. To get started, Miani had to get inside the 5K iMac and remove its components, which iFixit has a comprehensive guide on. Next, he had to purchase an after-market LED driver that would be able to display the 5K resolution through a single cable. Fortunately, the YouTuber got a hold of someone selling exactly what he was looking for.

After attaching everything in place and getting a display signal, next comes the webcam. Miani could not use the existing 5K iMac’s camera because it features a cable that combines all the other components such as microphones, ambient light sensor, and indicator LED. Instead, he attaches a USB camera meant for Raspberry PI projects, and it is small enough to fit inside the DIY Studio Display’s chassis.

Shortly after, he rearranges everything neatly and gives his YouTube audience a working DIY Studio Display. When comparing to the actual Studio Display, you can see that there are massive bezels on the DIY panel, along with a lack of P3 color support. Miani says to get that feature, you will have to purchase a 5K iMac from 2015 or later if that is important to you.

He also says that if users want the best viewing experience, an iMac from 2017 should be ‘virtually indistinguishable’ from the LG UltraFine 5K display. The DIY Studio Display also produces a worse contrast ratio, has noticeable backlight bleed and black levels. However, if you are a regular user who is not laser-focused on color-accurate work, getting a 2014 5K iMac for this DIY project is the right step to take.

If you want to check out the entire video, view it below.