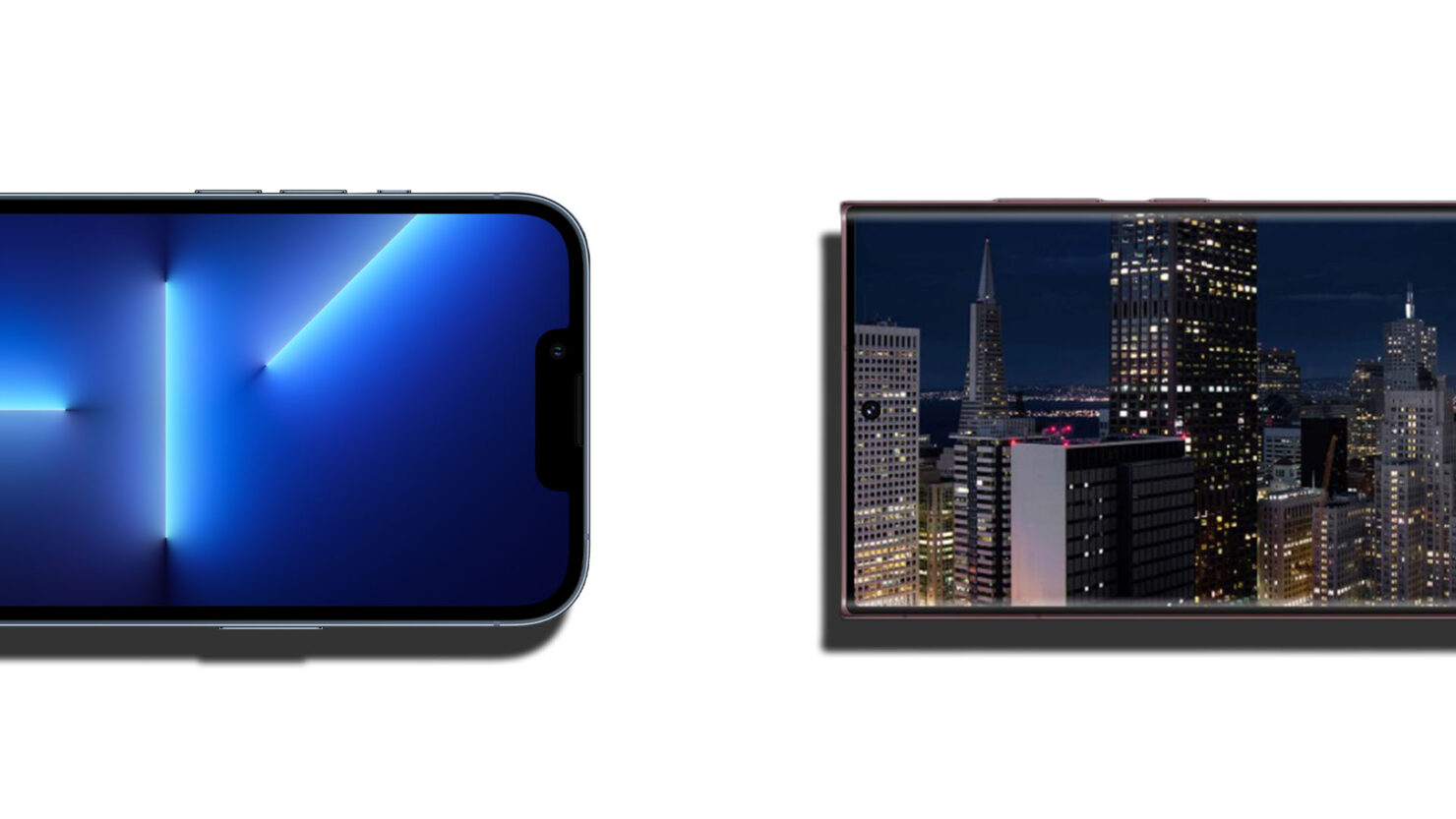 The notch on the iPhone 13 Pro Max and punch-hole cutout on the Galaxy S22 Ultra are key product differentiators, among other elements. More importantly, it is incredible how content creators are able to make unique short videos while taking advantage of those differentiators. One YouTuber cleverly shows this in a tweet, which may not look like much, but take a look, and you will see how it stands out compared to others.

Despite the fact that Apple has used the notch for years now, and Samsung with its punch-hole cutout approach, this is the first time we have come across someone uniquely making a tweet and showcasing how each cutout can be used. Safwan AhmedMia, or SuperSaf, a popular YouTuber from the UK, shows that the iPhone 13 Pro Max’s notch can be used to do chin-ups. At the same time, he shows he can simply hang loose on that centered punch-hole front camera on the Galaxy S22 Ultra.

He asks his Twitter audience on which flagship do they prefer, and the ‘wow’ factor of that tweet was how he used both the notch and punch-hole cutout to create those animations. If you love personalizing your smartphone’s wallpaper, you likely have stumbled across thousands of images that play naturally with that notch and punch-hole cutout. Whether you are at a dinner party or hanging out with friends, your phone’s display powers on, someone will definitely notice.

As for which animation we liked, it was the notch and not because that specific cutout belongs to the iPhone 13 Pro Max, we just think it was significantly different than anything we have come across. As for the smartphone’s design, we appreciate the flat edges of Apple’s latest and greatest offering, but overall, we think the Galaxy S22 Ultra’s boxy shape won us over, even though it bears a striking resemblance to the Galaxy Note 20 Ultra.

Which creativity style did you enjoy the most? Tell us down in the comments.