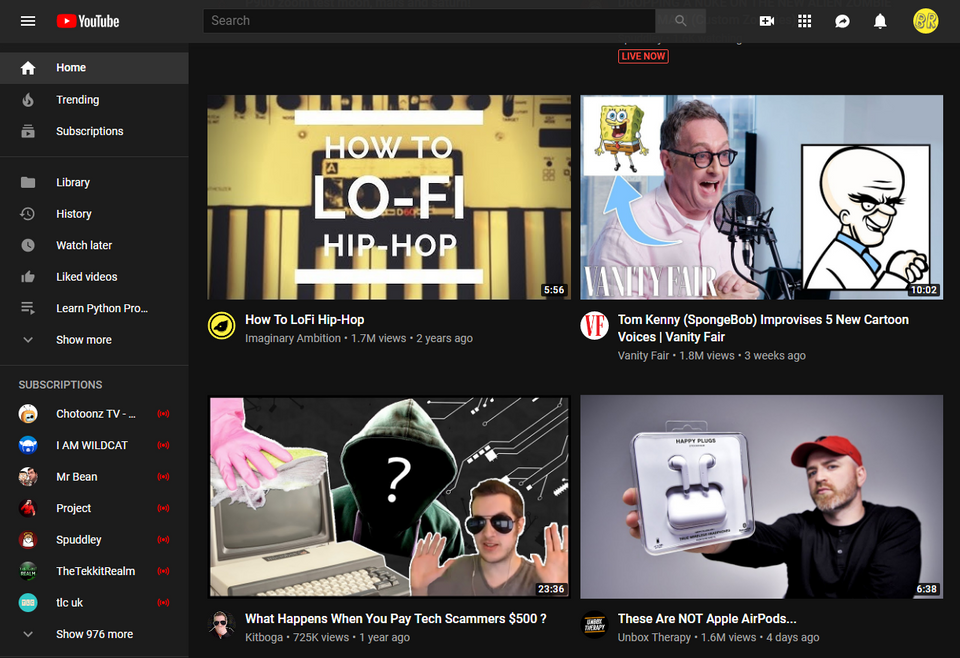 Anyone who has been on YouTube for the past decade is no stranger to their frequent design changes. The video hosting platform often tests new designs in batches by making it available only to a small group of users. YouTube is now testing a homepage redesign on the web, which involves huge video thumbnails. The changes were first noticed by The Verge and they appear to be a part of an A/B test. The thumbnail sizes are primarily dependant on your screen resolution and some smaller displays reportedly only get two videos per line. Several users who were a part of the test took to Twitter to express their dismay over the proposed changes.

This is not funny, @YouTube. I'm sorry, but this is the worst update i've ever seen and now homepage is just unusable, i can't look at thumbnails so big, my eyes are in pain right now. You can't make everything gigantic, because now everyone behind my back can see my home page. pic.twitter.com/qejseeqdWU

@YouTube WTF is this zoomed in shit? These arent thumbnails any more, they are indexes. I AM NOT BLIND

Most users with average-sized monitors will see a total of four clips across. The video and channel name, along with view count and upload time, still appears at the bottom of the thumbnail. YouTube also adds the channel avatar to the left. Everything else appears to be the same except for the fact that videos are longer being organised under various carousels.

The changes are centred towards users with large monitors. In my opinion, it is better suited for TVs and is better off as a part of the YouTube app on Android TV. The bigger, high-res thumbnails are ideal for viewing at a distance. However, it severely impedes the ability of most desktop users to browse the home screen effectively. Larger thumbnails result in lesser videos on a page which in turn make users scroll down more to find a video.

We can expect the changes to make its way to more users in the coming weeks. The initial feedback seems negative, so far. The general public sentiment around the redesign appears to be negative, so it could very well be dead on arrival.