YouTube For iOS Updated, Unhappy Users Ranked It With One Star Reviews

Google updated its YouTube app on iOS that shows significant changes in the layout as well as the addition of new features. After several months of testing, YouTube app for iOS has been carved in a more 'Material Design' layout that we're all familiar with. This is not the first time Google has introduced a Material Design reminiscent theme on iOS, there are a handful of apps that showcase the company's iconic design layout, like the Google Photos app. 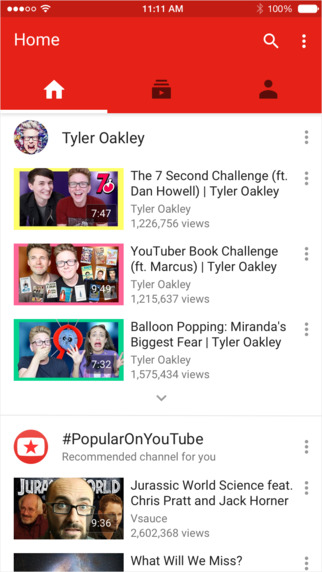 According to YouTube, the new design layout assists users to find and discover video content with ease. The accessibility of favorite channels, recommended videos and subscribed channels are available directly from the Home screen of the app. The interface of the app provides a more diversified overlook of content. Other than this, YouTube has also included many new features that might appeal some, but caused other iOS users to review, not the way YouTube had hoped for.

So let's dive in to see some more details on YouTube's new iOS update and why some users seem unhappy about it.

Undoubtedly, Google's Material Design layout is a good looking one, providing users with readily available features. Moreover, Material Design on Android shines a professional yet clean placement of icons. However, since Google wants to keep the same layout of its YouTube app on cross platform devices, it sometimes drops dead aesthetically on iOS. Unhappy users have flooded the App Store with on-star reviews for the updated YouTube app for iOS. 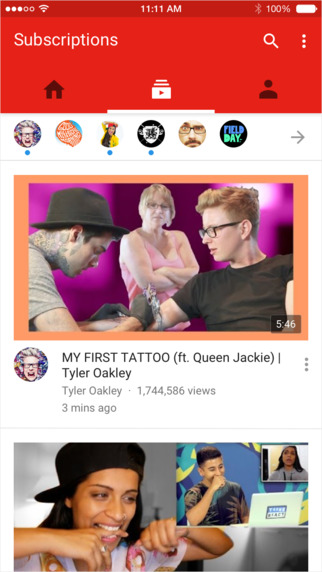 Some users are deliberately bummed over the huge red area on the top portion of the YouTube app, calling it ''harsh'' red waste of space. While the most logical argument is concerned over the neglected multitasking capabilities of iOS 9, like the picture-in-picture view for YouTube videos. The navigational changes, in contrast to the previous version require more swipes and taps. Users also exclaim that subscriptions are now harder to view because of the removal of the left sidebar. 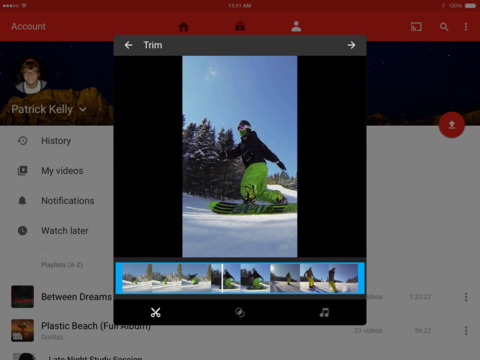 However, on the productivity aspect, YouTube now hosts an iMovie-like video editing tool in its latest update on iOS. The in-app editing tool enable on-the-go vloggers to quickly edit their videos and upload them through the app.

This is it for now, folks. How do you like the new update? Is the Material Design flat on your iOS device? Let us know in the comments below.