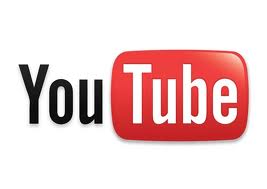 Using Youtube has always been a bit of an issue if you have a slow connection and it gets quite annoying as your video gets stuck in the middle as you watch it. Now though a guy named Feross has made Youtube Instant, thanks to a bet he had with his friend.

According to Feross, he bet his friend that watching Youtube videos in real time could be done in an hour. He lost the bet but still managed to do the job within 3 hours!

I built YouTube Instant using a combination of the YouTube API and scraping YouTube search suggestions. I initially ran into some issues when Google automatically blocked my server for making too many repeated requests to the search suggestions endpoint.

However, it took me 5 minutes to rewrite the site to query YouTube directly for search suggestions, eliminating the round-trip to my server. Now, all the magic happens in each visitor’s browser, so it’s faster than ever. (Thanks to Jake Becker for reminding me that tags don’t have cross-domain restrictions!)

Feross has now been offered a job at Google and I guess its a short wait before Youtube Instant gets integrated into the actual Youtube site. Wether that happens or not, this is great news for everybody who uses Youtube as waiting for your videos to open is now a thing of the past!

Although the site lacks many features such as adjusting the volume, how old a video is (it kind of hard to tell which is the latest upload from machinima channel and such) which especially makes it hard for people who follow a channel sometimes the latest video of a channel doesn't show, full screen and choosing a video setting of 480p or 720p the job is still very admirable and well worth the effort, the videos load instantly and saves the trouble of leaving the video paused in another tab while waiting for it to load and you continue your casual browsing.