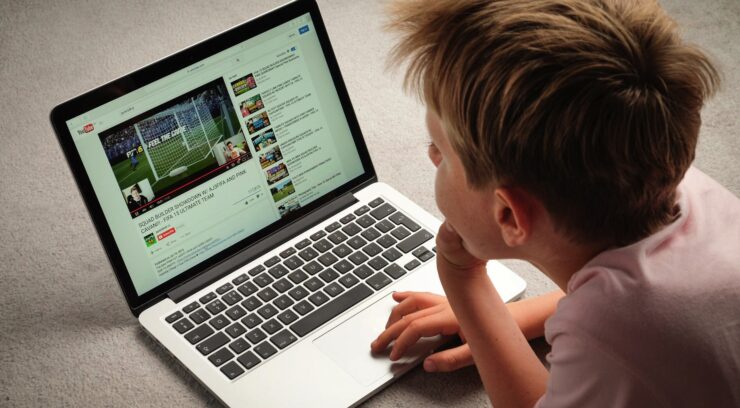 Child advocacy and privacy groups have filed a complaint with the Federal Trade Commission (FTC) alleging that YouTube is violating children's privacy laws by collecting personal data on underage viewers and using that data to sell ads. The Children’s Online Privacy Protection Act (COPPA) requires tech companies to get consent from parents before collecting data on children under 13.

"For years, Google has abdicated its responsibility to kids and families by disingenuously claiming YouTube - a site rife with popular cartoons, nursery rhymes, and toy ads - is not for children under 13," Josh Golin, executive director of the Campaign for a Commercial-Free Childhood (CCFC) said.

"Google profits immensely by delivering ads to kids and must comply with Coppa. It’s time for the FTC to hold Google accountable for its illegal data collection and advertising practices."

The complaint has been filed by the CCFC, the Center for Digital Democracy and 21 other consumer and privacy groups.

Google offers a YouTube Kids app for children as the regular YouTube's terms of service require users to confirm they are above the age of 13 to use the service. However, the coalition suggests that YouTube isn't explicit enough about this age condition and should do more to notify parents to get their consent before tracking children.

"Google has acted duplicitously by falsely claiming in its terms of service that YouTube is only for those who are age 13 or older, while it deliberately lured young people into an ad-filled digital playground," Jeff Chester of the Center for Digital Democracy said.

Some suggest that the onus is on parents who are violating YouTube's ToS by allowing their kids under 13 to use the site. However, YouTube is also targeting ads clearly designed for younger users who are on the site. Golin told the NYT that YouTube is "actively packaging under-13 content for advertisers."

It should also be noted that the popular video website allows content that is directed at children as young as toddlers, including popular channels hosting nursey rhymes and kids songs.

In response to the complaint, YouTube said that "protecting kids and families has always been a top priority."

"We will read the complaint thoroughly and evaluate if there are things we can do to improve," a YouTube spokesperson said. "Because YouTube is not for children, we’ve invested significantly in the creation of the YouTube Kids app to offer an alternative specifically designed for children."