YotaPhone 2 might have a competitor in the works called Siswoo R9 Darkmoon (which carries much better hardware specifications compared to the Russian made smartphone), which is possibly the only reason why Yota is moving expeditiously to release not one, but two successors that will take the reins from the current device. Both upcoming smartphones feature the model names YotaPhone 2c and YotaPhone 3 and are expected to feature better hardware specifications compared to its predecessor. 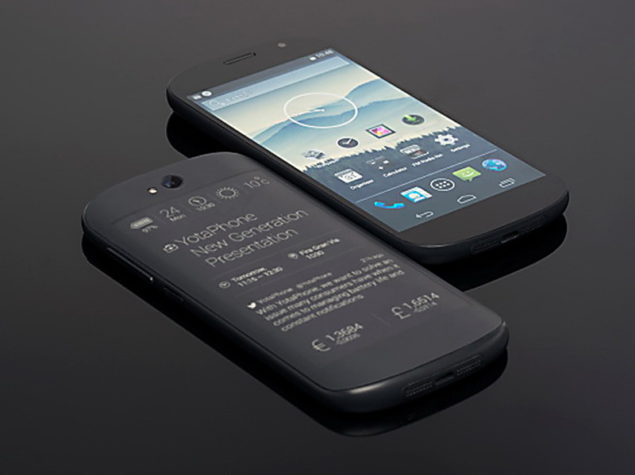 YotaPhone 2c Will Be A Cheaper Variant Of YotaPhone 3, Which Will Carry A Faster Qualcomm SoC And Improved Display Quality

Ubergizmo states that YotaPhone 3 will offer better hardware specifications compared to the previous generation handset, so in that case, we should expect anything faster than a Snapdragon 801 (which can also be MediaTek MT6752 present in Lenovo K3 Note and Meizu Mi Note). While there is a very high probability that Yota will tap Qualcomm to incorporate its Snapdragon 810 or Snapdragon 808 in its YotaPhone duo, the firm can also turn its focus to MediaTek, which has been giving the leading mobile chipset maker quite some trouble; even more so when MT6797 gets officially announced. 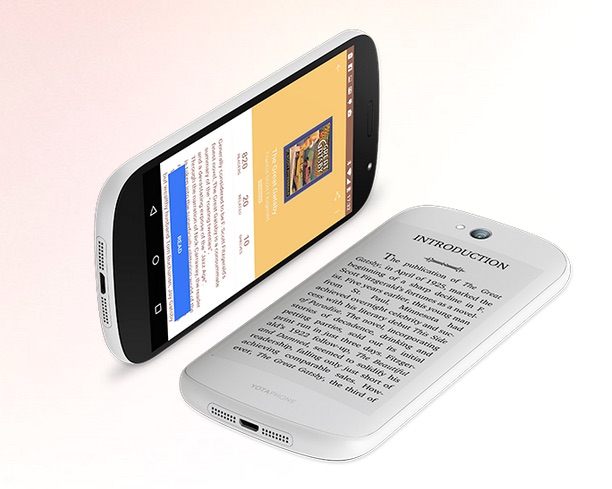 The upcoming flagship is expected to pack 3 GB of RAM, along with a much better display and E-Ink screen located at the rear side of the smartphone. TechnoBuffalo reports that according to Yota’s Managing Director for the U.S., Matthew G. Kelly:

“We have a next-generation product lined up. We can’t sell our next generation until we sell our current one. Carriers are interested, but a lot hinges on how well the YotaPhona 2 does.”

When asked about cheaper device, the executive states that:

“It is definitely in the works. It may even launch this year. Again, it all depends on how well the current model sells. We pumped a lot of premium specs into YotaPhone 2, but based on market feedback, a lot of people said they could do without certain features. So YotaPhone 2c is in the works if people want it.”

Currently, that is all the information available to us concerning the upcoming dual-screen smartphone duo. When more details are disinterred, we will definitely keep you updated.