With Qualcomm's decreasing significance in the chipmaking world, seems like one manufacturer in particular is eager to snatch up the pie left uneaten by the US chipmaking giant. MediaTek's Helio line of CPUs has been creating quite a buzz lately, and has been rumored to not hold anything back when it comes to top notch mobile CPU performance. And we've managed to get our hands on some slides that appear to be straight from the manufacturer itself which show the direction MediaTek intends to take with its upcoming CPU lineup. 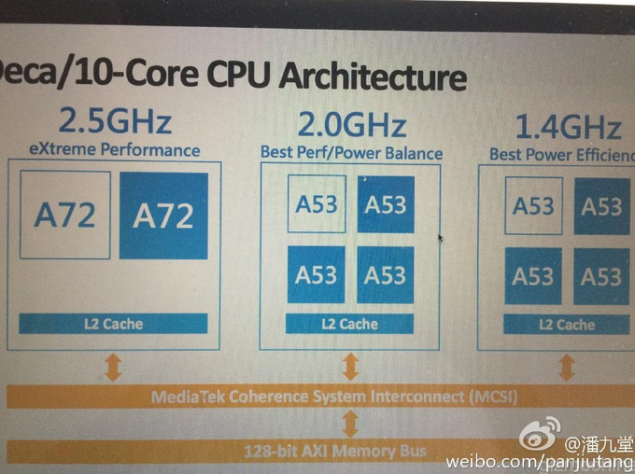 Seems like MediaTek really wants to make an impact this year. The company seems to be planning an industry first deca, or ten core CPU design, that's expected to generate as much power as you'd imaging from a CPU its size. MediaTek's MT6797 Helio X20 features an industry first Tri-Cluster CPU architecture meaning that the processor will come with a 4+4+2 design. 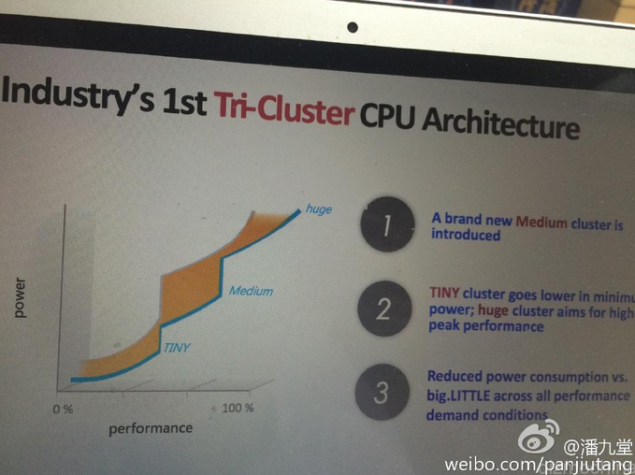 While we're all familiar with big.LITTLE architecture that reserves top performing cores for bursts of performance power in intensive sitatutions while keeping the smaller clocking ones for lower demand, MediaTek's MT6797's going to include a cluster for 'Medium' performance as well. The chip will be coming with three core clusters that cover two, quad Cortex A53 cores and one dual Cortex A72 core cluster. The medium Cortex A53 cluster will be able to reach clock speeds of 2.0 GHz, with the lower one maintaining 1.4 GHz. Cortex A72 cores on the MT6797 will be able to be clocked at 2.5 GHz. 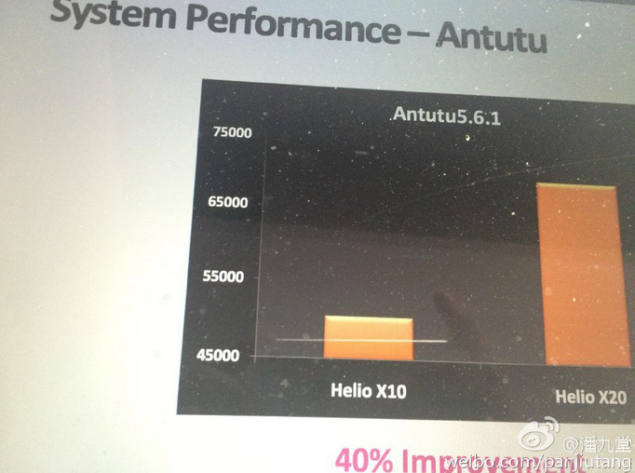 And courtesy of all these cores, seems like the MT6797 will also be able to reach that 70,000 Antutu score you've all been hearing about. But is increasing the amount of cores to 10 for its chip, instead of focusing more towards design refinement, power consumption and heat dissipation the right move for MediaTek? And should the company have utilized the space being used by all these cores for other purposes as well? We'll find out later this year, or the next when the MT6797 can be expected in devices all around. Stay tuned and let us know what you think in the comments section.