Taxi Medallion prices were on the rise since the last three decades but a decline was seen in the past few months because of the stiff competition from rival companies such as Uber and Lyft. Uber, particularly in New York, harmed the local taxi industry to the fullest, making it really difficult to survive for local taxi drivers. So NYC's taxi industry came up with their own plan to get a hold of their customers, and the best way was obviously to launch their own app, which they did. 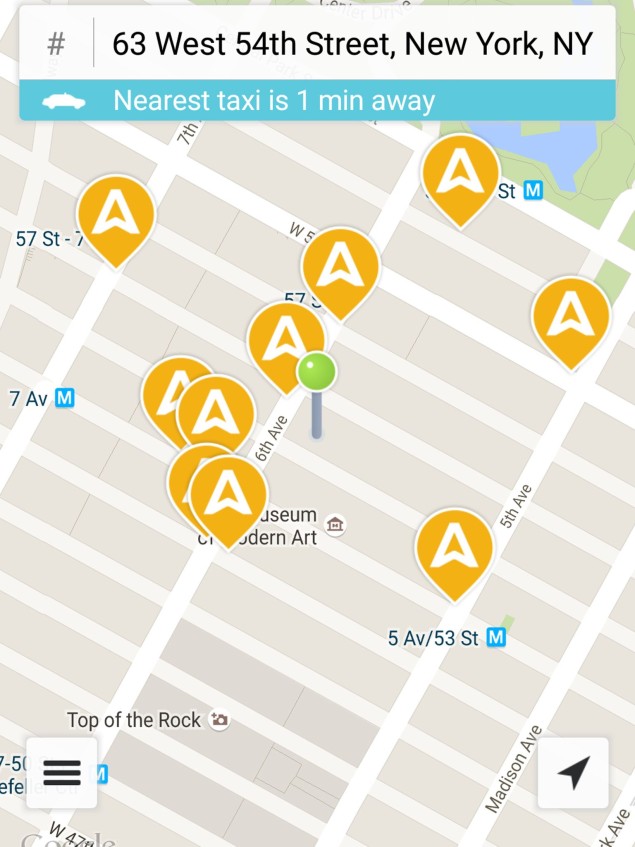 Your taxi, your path- With no 'surge' pricing

Medallion owners are in a financial crisis since the prices they used to charge were forced to lower down. Also, since most of the drivers went to Uber, areas designated to yellow cabs are now considerably seen unoccupied. Just to counter the growing influence of Uber, the local taxi driving industry is pushing out their new app, known as 'Arro'. This is still a tentative report by Crains.

New York City Council Member named Ben Kallos led this app in his introduction to the legislation. According to the report, this app is similar to the app currently in function by Uber. But they cut down users cost by chopping off the $2 fee 'Uber-T service' charges in order to hail a cab at any time of the day. This new app also allows its users to shun surge pricing. This way users can save money because surge pricing usually makes the fares go three times the original amount during the peak hours, especially in Manhattan.

“City taxis need an app of their own to compete, and New Yorkers need to be able to get a cab in the rain without having to worry about surge pricing," Kallos said in a press release.

“New York City must support our tech sector: Instead of making new technologies illegal, or regulating them out of business, we should provide a level playing field with fair competition so that companies, drivers and riders all win.”

Since this new app is directly incorporated with the payment terminals that are already installed in the taxis of New York, drivers claim that this will be more appealing to the customers. But this is not very convincing a statement as should be, because both ways, customers are supposed to pay through their credit cards in a single go.

"We thought that there was a void in the taxi industry, certainly in New York and in other big cities," said Mike Epley. "We see the demand, both on the driver side and on the passenger side. And we want to fill that."

Uber is currently working with their 20,000 cars in function, however this new app is going to launch with a system including 7,000 taxis only which again will not really harm the growing influence of Uber. Currently, Arro is expected to work in New York alone, but we can look forward for its expansion soon.

"There are half a million trips in yellows and greens every day," and "Some of those trips go smoothly, and some of those don't." told Director of product Management, Mile Epley to the Crains

This still seems to be a small step, but they will launch this service with their maximum efforts, although they need to work hard in order to compete a company like Uber. But if this does go well then Uber will have to do something about it otherwise the NYC taxi industry will rule again and Uber might go out of business.