Electric vehicle and aerospace billionaire Elon Musk has denied that a video showing him encouraging users to invest cryptocurrency for massive profits is his. Musk, who has shown a marked interest in cryptocurrency has been at the center of large price movements in some of the most popular currencies out there, but he has never directly encouraged his followers to purchase a specific token. The executive took to Twitter for his denial, responding to a brief 'deepfake' clip in which he seemed to be advocating viewers to invest in a new project and return 30% dividends in return.

The video is a recording of an old Musk interview and it features the voices of both the executive and his host dubbed over. As is the case with several fake celebrity videos, the picture quality is not great, undoubtedly to hide the inevitable mismatch between the voiceover and Musk's lips.

However, when the poor picture quality and the fast voice dubbing come together, the clip as a whole appears to be quite convincing, especially to the untrained eye. The maker also goes to some length to sync some of the dubbing with Musk's hand gestures in the clip, with both pauses and arm movements falling in line with the breaks in the fake voiceover. 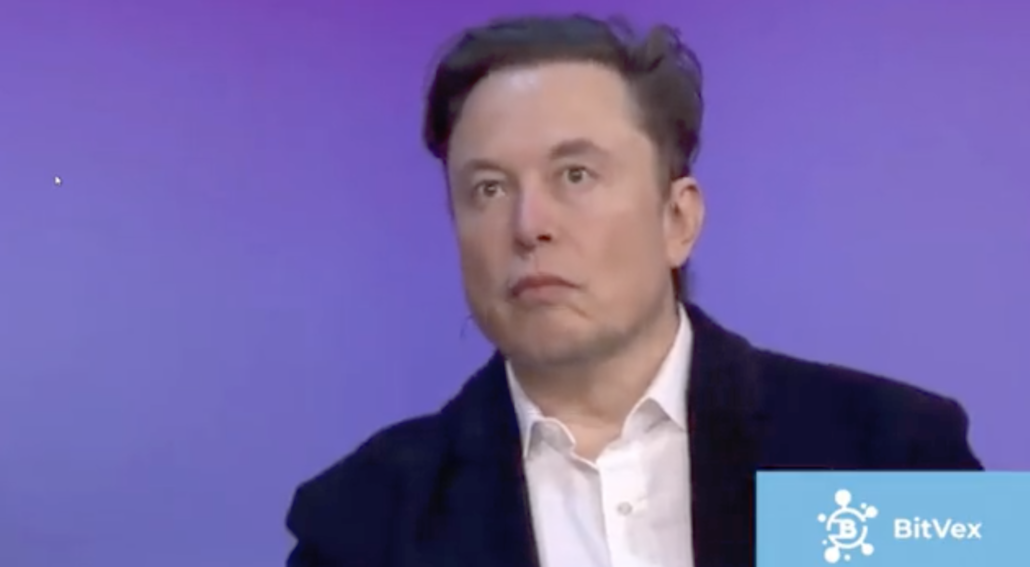 A screengrab from the fake video. Image: @cb_doge/Twitter

The clip, which is roughly half a minute long opens with the interviewer 'asking' Musk to share his thoughts on a new project that he is behind. To this, the executive 'responds' in a rather hurried tone to explain that:

"Today we are launching an investment project that is working right now if you see this video. Absolutely everyone can earn. Everything is very simple. You invest your money *inaudible* for Tesla *inaudible* after which everyone who invested their cryptocurrency will be able to receive exactly 30% of dividends every *inaudible*.

The voiceover then shows him providing a timeline for these 'dividends', assuring listeners that they will get their reward in three months.

Musk outright denied that it was him in the video by responding to the Twitter account which had shared the clip. His response simply came as:

Yikes. Def not me.

The biggest sign that the video is fake, even if the SpaceX and Tesla billionaire had not denied it, is the fact that in it Musk is speaking faster than he generally does. His real interviews often see the executive speak in with a measured rate and the speech is often punctuated with several pauses as he gathers his thoughts and reflects on what to say.

Videos involving Musk and SpaceX and asking viewers to provide funds are not new. They often appear on the popular video service YouTube whenever the aerospace company is nearing a, or in progress of, a significant event such as a launch for the National Aeronautics and Space Administration (NASA) or a test of SpaceX's Starship next generation launch vehicle platform.

Given the billionaire's celebrity-esque status which is amplified through his use of Twitter (which he made an attempt to buy), Musk is the perfect subject for any fake investment schemes designed to rob ordinary people. The near-ubiquity of the Internet also creates more opportunities for scammers, as does the ease of transferring payments online.