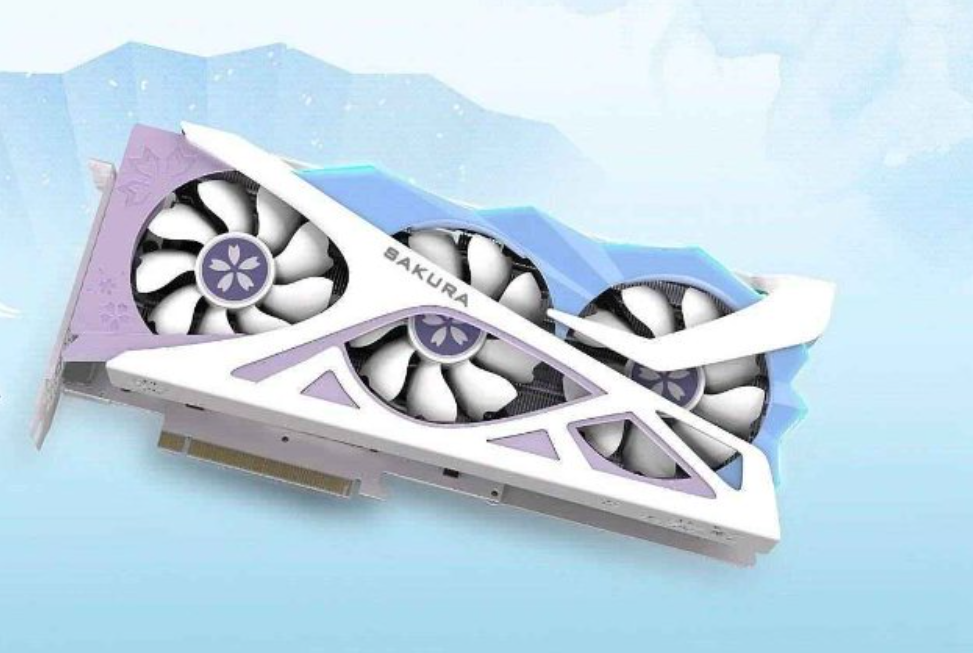 Yeston has unveiled its brand new anime-inspired custom graphics card, the GeForce RTX 3070 Sakura Hitomi. The graphics card has already been announced in the Radeon RX 6800 XT flavor however, due to exceedingly high demand, Yeston is now bringing the variant to its GeForce RTX series lineup too.

According to Yeston themselves, the GeForce RTX 3070 Sakura Hitomi graphics card comes with a 1770 MHz boost clock which is a 45 MHz overclock over the Founders Edition variant. The card has dual 8-pin connectors to boot and features a single HDMI and triple DisplayPort output config for display connectivity.

The graphics card features a triple-fan cooling in a 2.5 slot design with the blades shaped like rose petals. There are 9 blades on each fan and the front shroud has solid bars extending throughout. The card features white, purple, and blue color accents which looks very neat and offers a nice departure from the flashy and colorful designs that we have seen on gaming-oriented custom designs. As for the PCB, it makes use of a custom design with a white color which only a few cards have to offer.

The GeForce RTX 3070 Sakura comes with a custom-painted backplate that has an anime-waifu laser etched over it. The PCB seems to offer no cutouts for the third fan as it only extends till the second fan, leaving the space beneath the third fan. It looks like the third fan will be blowing air out from the sides rather than the back which also works since the main goal of the third fan is to cool the heatsink fins underneath it.

The manufacturer states that the card will be launching on the 2nd of January 2021 in limited quantities. The card will be kept exclusive to the Asian Pacific market but could be shipped to the US & EU through online retailers. Yeston also states that they have prepared three different mystery boxes for 3 lucky buyers who would be pre-purchasing the GeForce RTX 3070 Sakura Hitomi graphics card. The mystery boxes will include a Sakura Hitomi-inspired keyboard, PC chassis, or a 240mm X ID AIO liquid cooler.