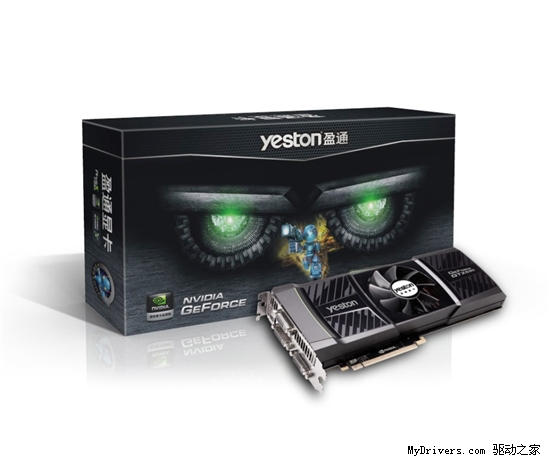 Chinese Manufacturer "Yeston" leaked a few details and pics of its upcoming Geforce GTX 590 Graphics card. The card has already been leaked from other vendors and you can check those out in the links posted below the post. About the card, It's a Reference Edition with stock clocks and a stock cooler. However, Being based on Dual GF-110 Chips the card still comes with a shorter PCB than the AMD HD6990 measuring 28cm against the HD6990's 33cm.

The card also does operate way too quietly than the rival at only 49dbA against the 60dbA of the competitor card but still is a few dbA louder than the GTX 580, It uses dual Vapor Chamber cooling for effective heat transfer between the Core and Heatsink and a large fan placed in the middle which blows the hot air out of the several vents on the cooler shroud.

The card uses dual 8 pin pci-e connectors to power up and features 3 DVI and 1 Mini HDMI port for display connectivity. Price has not been revealed yet but expect it to be released with in this week. 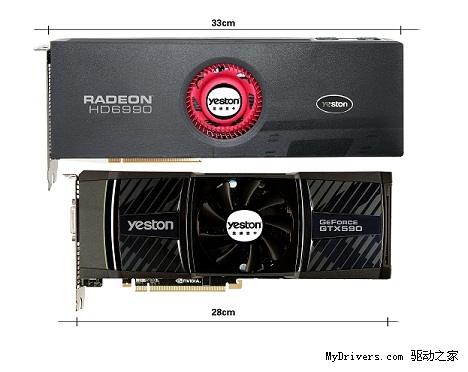 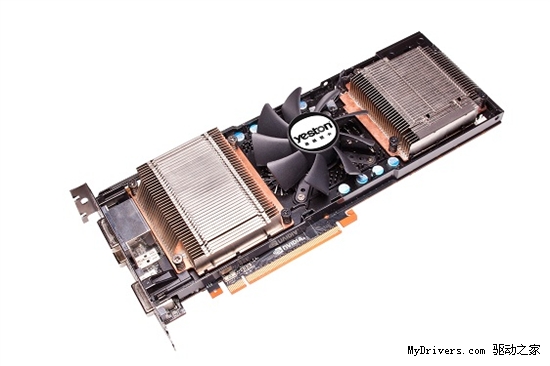 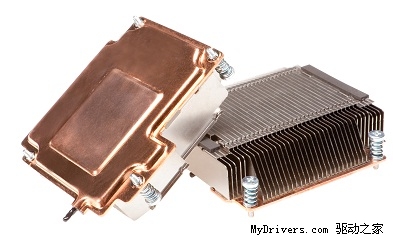 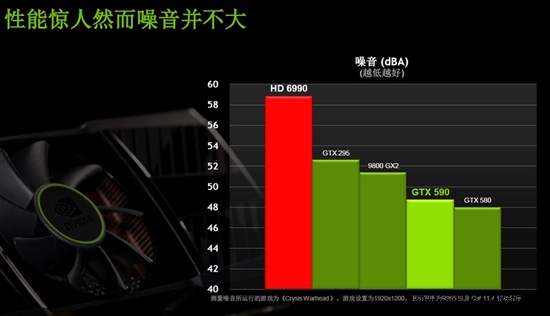 More of GTX 590 below; Gigabyte and POV are among the first few known vendors of the 590GTX but ASUS has also joined in the club and offering a great deal.