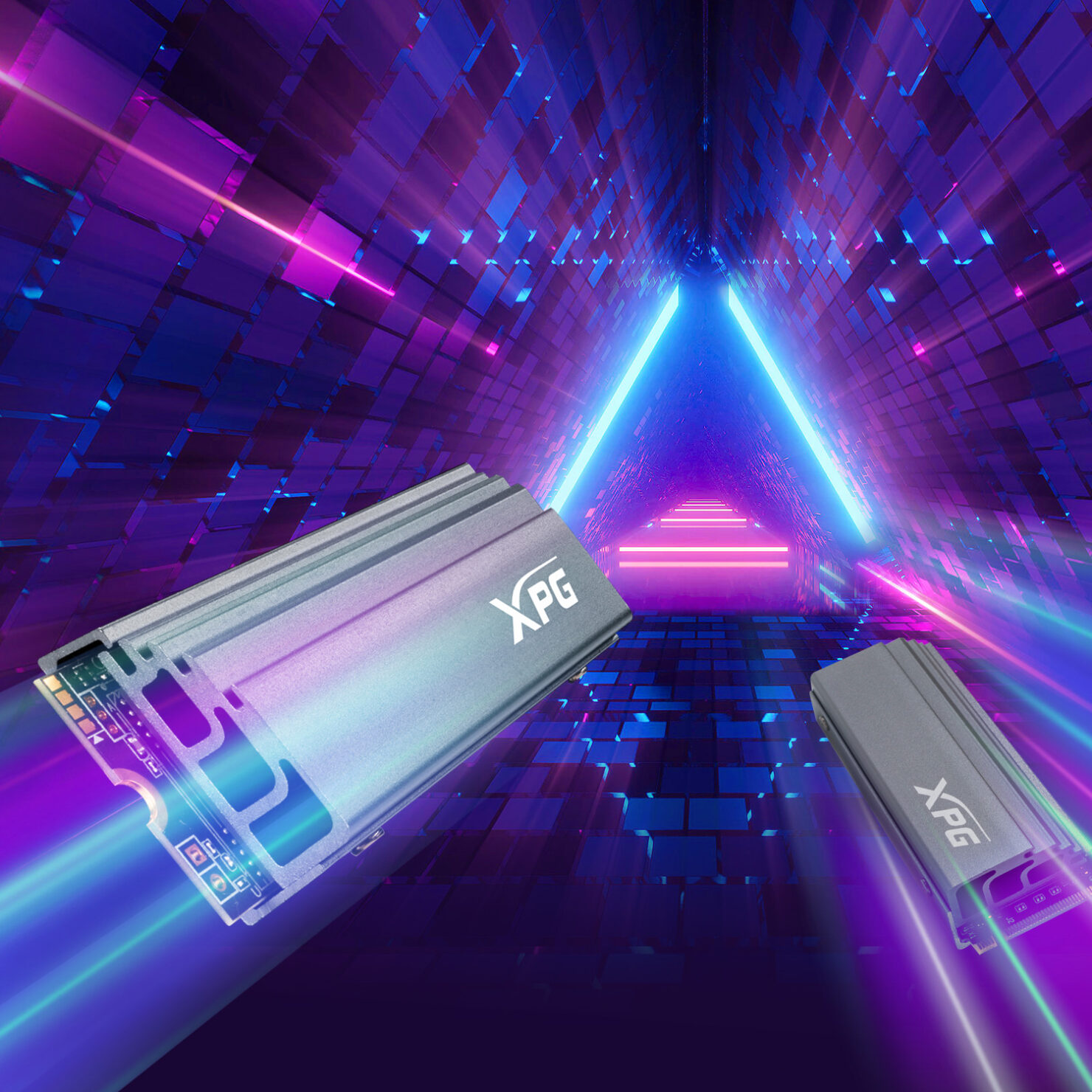 XPG has announced its GAMMIX S70 PCIe Gen4x4 M.2 2280 solid-state drive (SSD). With the launch of the S70, XPG now offers a comprehensive lineup of Gen4 SSDs, which includes the GAMMIX S50 and S50 Lite, to meet a range of budgets and needs. With the adoption of next-gen PCIe 4.0, the GAMMIX S70 delivers unmatched read and write performance and has the distinction of being the world’s fastest M.2 SSD.

High Speeds With A Custom Heatsink Design For Better Performance

With the advent of 5G networks and the ever-growing volume of data being processed, PCIe Gen4 is a critical upgrade that will bring storage devices to the next level. The GAMMIX S70 expands XPG’s Gen4 SSD series with a new option for discerning users seeking to harness the best that PCIe 4.0 can offer. Sporting blazing-fast read/write speeds of up to 7400/6400 MB per second.

Users will have no doubt they have reached the pinnacle of SSD performance. In combination with NVMe 1.4 compatible, Dynamic SLC Caching, the S70 offers performance far superior to that of SATA and PCIe 3.0 SSDs. For added ease of use and convenience, the S70 is backward compatible with PCIe 3.0.

For reliable operations and stability, the S70 is equipped with XPG’s proprietary CoolArmor heat spreader design. The aluminum heat spreader features a terraced structure, which resembles layers of armor, for increased surface area and hollow chambers underneath. This design provides for more effective heat dissipation that can reduce temperatures by up to thirty percent.

On top of its main performance parameters, the S70 supports LDPC error correcting code technology to detect and fix a more comprehensive range of data errors for more accurate data transmissions and a higher Total Bytes Written (TBW) rating. The specs of the XPG GAMMIX S70 PCIe Gen4x4 SSD are provided below:

Also, with End-to-End (E2E) Data Protection and AES 256-bit Encryption, the S70 ensures data security and integrity. All of the components encased in the S70 have passed meticulous screening, testing, and certification to provide a reliability product of the highest quality. The S70 comes in 1TB and 2TB variants and is backed by a 5-year warranty.