There have been plenty of details of the upcoming Sony Xperia flagship smartphone, however, today is the first time we are looking at the press image of this phone. We already know the specific details expected of the device, but images always talk in a better way to us. This Sony Xperia Z4 leaked image is being alleged as a press photo and shows some subtle design changes when compared to its predecessor. 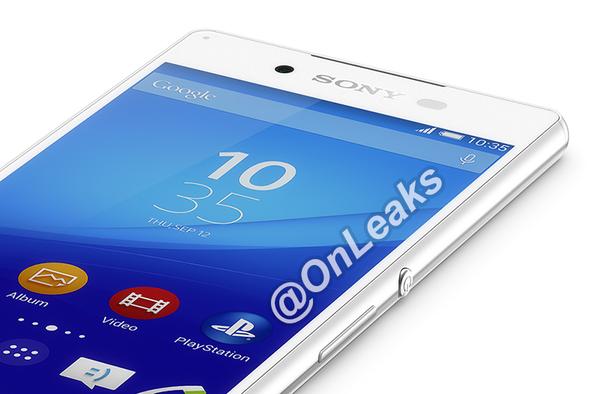 Sony Xperia Z4 is rumored to bring some major changes in its specs' list especially the hardware inside it. While the design changes may not be quite drastic - as was previously expected - you can certainly wait to see some good upgrades in the hardware department. Sony Xperia Z4 will bring in a faster processor, higher resolution display screen, and a better camera. Here are some of the rumored Sony Xperia Z4 specs:

Looking at the dimensions which are similar to Xperia Z3, it was already being supposed that we won't see any major design changes in the flagship smartphone this year too. But there are some subtle changes visible in this latest Sony Xperia Z4 leaked image. The changes shown in this image are: different placement of front-facing camera and proximity sensor; you can also see the top earpiece has been moved to the edge with perhaps a different location for the bottom speaker set too. This might be helpful in improving the stereo quality. But that's just about it.

This image shows only the half part of the phone and we are missing the images of the bottom, and the back of the Xperia Z4 which might be able to show us some more details of the design of this upcoming smartphone. If you aren't in favor of Sony's design ideology of its Xperia lineup, don't expect to see any mega differences this time around too. However, if you are looking to get some good specs under the hood, we don't think you will be disappointed. Fingers crossed.