Japanese smartphone firm Sony has officially announced its mid-ranged handset, Xperia M5 to take on the mid-tier smartphone market. The handset will be available to purchase in both the single and dual SIM variants, provide some degree of flexibility for consumers when they intend on purchasing the smartphone. In terms of hardware specifications, Xperia M5 does not disappoint at all, so let us do a breakdown of all the components that will be present in the mid-ranger, when it is officially launched later in the year.

Recommended: Why Sony Will Never Completely Move Out Of The Mobile Business? 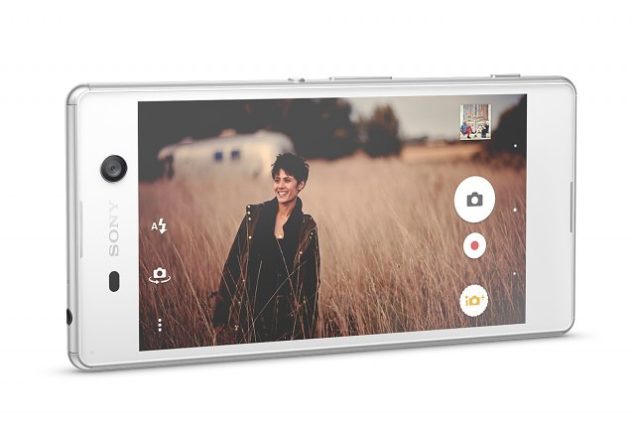 Xperia M5 Is Assimilated With A Helio X10, Along With A Whopping 21.5 MP Camera Sensor

Xperia Blog has stated that Sony Xperia M5 will be available in the following variants:

One of the things that will set Xperia M5 apart from the remainder of the price/performance handsets is the Helio X10 SoC (which runs an octa-core Cortex-A53 processor at 2.0 GHz), and the 21.5 MP rear camera sensor. Keep in mind that the chipset is same one that is present in Meizu MX5, meaning that you will definitely be able to rake a ton of performance out of this smartphone. While the device sports a 1080p display on a 5 inch screen size, another feature that will help it to gain recognition in the market is its 21.5 MP Exmor RS sensor.

The camera sensor sports 0.25-second Hybrid Autofocus that will allow you to snap high resolution images in quick succession. According to the source, Sony has not confirmed the details of the sensor chip, but it looks to be the company’s own IMX230 sensor. 3 GB of RAM is present underneath the hood, which is really impressive to see, seeing as how both Xperia Z3+ and Xperia Z4 sport the same amount of RAM underneath their chassis.

The disappointing aspect of the smartphone is its 2,600 mAh battery, but since the handset has been categorized under the price/performance column, we are going to let this slip. 16 GB of expandable storage is also present, along with Imagination Technologies Rogue G6200 GPU. Great news for selfie addicts is that the front side of the smartphone sports a 13 MP Exmor RS front camera and the device has also received the IP65/IP68 certification for dust and water resistance.

Unfortunately, Sony has not unveiled any pricing details of its mid-ranged Xperia M5. However, since Meizu MX5 has a starting price of $290 and is pretty much incorporated with the same specifications, we expect Sony’s upcoming smartphone to feature a slightly higher price tag on account of having better features. The company has not given exact details on which regions the device is going to be released, but we expect that a mid-ranger like this will be introduced in emerging smartphone markets.