XMG has announced that it's bringing the OASIS Liquid-Cooling option to its CORE 15 gaming laptop with Ryzen 7 6800H & RTX 3060.

Press Release: The AMD version of the XMG CORE 15 (M22) not only benefits from an upgrade to the current Ryzen 7 6800H and higher power limits for the NVIDIA GeForce RTX 3060; the 15.6-inch laptop from the upper mid-range class is also compatible with the optional external OASIS laptop liquid cooling system.

In doing so, XMG is keeping its promise to extend the cooling concept, which was first introduced at the beginning of 2022 together with high-end laptops from the NEO series, to additional model ranges. Along with the switch to AMD's Ryzen 6000 platform, the CORE 15, which has always stood for a deliberately stylish yet discreet design, also features DDR5 RAM and PCI Express 4.0 for both M.2 SSD slot connections.

The new XMG CORE 15 succeeds the E21 model generation and replaces AMD's Ryzen 7 5800H with the faster and more efficient mobile eight-core Ryzen 7 6800H processor. Although the laptop nominally has the same graphics chip as the predecessor with NVIDIA's GeForce RTX 3060, it now operates with a higher Dynamic Boost 2.0 of 25 watts. A maximum performance of up to 140 (115 watts standard TGP, 25 watts boost) is now possible instead of the previous 130 watts. This is also accompanied by the use of a more powerful cooling system, which is already familiar from this year’s versions of the XMG NEO 15 (E22, M22), representing a significant upgrade compared to past CORE laptops.

In addition, the new CORE 15 is the first laptop sitting under the high-end range that can be upgraded with XMG's OASIS external liquid cooling system – an option that was previously reserved for the XMG NEO 15 and NEO 17 model generations – having been introduced at the beginning of 2022. The addition of the OASIS results in significantly quieter system operation under gaming load improved temperatures by around 20 °C and also brings a small performance advantage when the CPU and GPU are simultaneously loaded.

XMG offers the CORE 15 with two display options. There is a choice between a 165 Hz fast WQHD IPS display (2,560 x 1,440 pixels) with a brightness of 350 nits and 95 percent sRGB color space coverage, or a likewise IPS-based, 144 Hz fast Full HD panel (1,920 x 1,080 pixels) with 300 nits and over 90 percent sRGB color space coverage. A Windows Hello compatible webcam is located in an advantageous position at the top edge of the display. 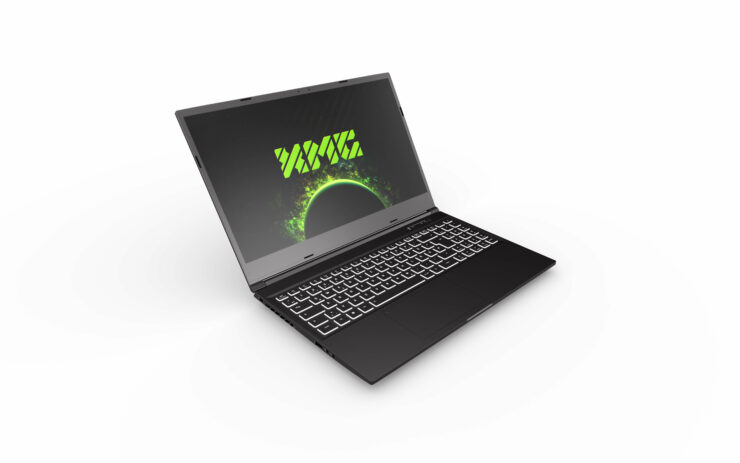 The CORE series is characterized by a deliberately discreet yet stylish design. The new CORE 15, with its slim 360.2 x 234.5 x 23 mm chassis weighing just 2.1 kg and with a display lid and top shell made of aluminum, remains true to this understated concept. The RGB-lit keyboard, complemented by a Microsoft Precision-compliant touchpad, adds a colorful accent if desired. Also new to the CORE 15 (M22) are larger diameter integrated speakers, providing richer sound quality. Mobile power continues to be provided by a 62 Wh battery. 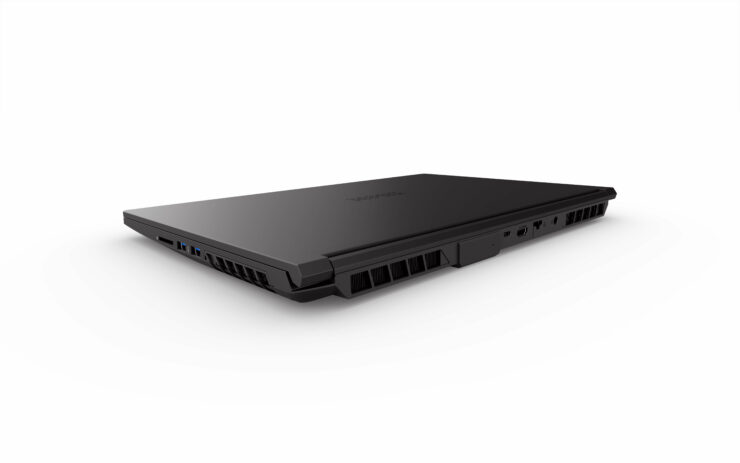 Two SO-DIMM sockets for up to 64 GB RAM and two M.2 slots are standard for most XMG laptops, but due to the model generation change, DDR5-4800 is supported in the new CORE 15 and the laptop from the upper mid-range also features PCI Express 4.0 connections for both SSDs for the first time. As usual, the memory components are easily accessible via the removable bottom shell and can thus be upgraded later.

In terms of connectivity, the laptop offers USB-C 3.2 Gen2, three USB-A 3.2 ports, separate audio ports for headphones and microphones, and a full-size SD card reader. On the network front, the XMG CORE 15 communicates either via 2.5 Gigabit Ethernet or Wi-Fi 6. Image output is provided via HDMI 2.1 (32 Gbps) or the DisplayPort stream of the USB-C port with a dGPU connection.

The dedicated mode switch button above the keyboard not only allows the factory-configured performance profiles to be selected at the touch of a button. The many tuning options in the XMG Control Center also allow users to create individual profiles according to their own preferences in terms of performance, quietness, and the resulting component temperatures, which can then also be selected via the button.