Following Microsoft’s announcement of releasing a $70 Windows Phone called the Lumia 430 in the near future, Xiaomi is also looking to target the entry level smartphone markets with an upcoming device that is expected to carry a price tag of just $65. Xiaomi’s Redmi 2, which is currently retailing for $110, was believed to be the tech firm’s offering that would cater effectively to such markets, but it appears that Xiaomi is currently in the midst of announcing the king of entry level devices. 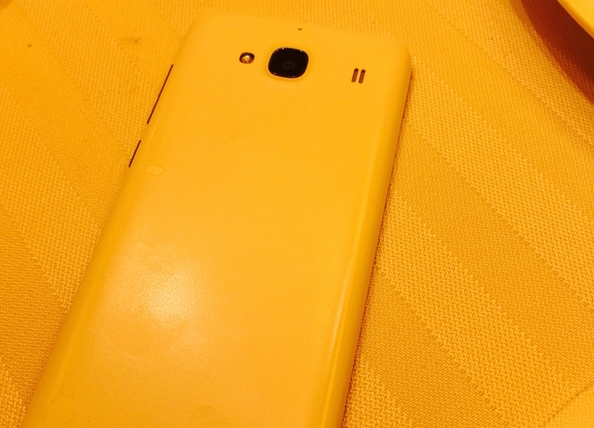 While the handset’s model number has not been leaked, a source has revealed a leaked image as well as the product's hardware specifications. The smartphone will possess a 4.7 inch display that will be coming with a 720p display resolution. Furthermore, the device will be equipped with 1 GB of RAM and 8 GB of on-board storage (currently, there is no word if the new smartphone will present an option for expanding storage, but seeing as how its internal memory is very limited, Xiaomi might be compelled to incorporate such a feature).

The unnamed smartphone will also provide an 8 MP / 2MP camera combo but unfortunately, consumers will not be able to experience Google's latest operating system on the budget handset. This is because the rumor suggests that the stock mobile operating system of the phone will be Google’s KitKat 4.4.4 update. One primary difference separating the Redmi 2 and the upcoming smartphone will be that this one will not be assimilated with Qualcomm’s Snapdragon 410 SoC. While the processor will be compatible with the 64 bit architecture, the device will be shipped out carrying the LC1860C SoC.

The aforementioned chip is a product belonging to Leadcore Technology, which happens to be one of the largest Chinese firms that specializes in the manufacturing and distributing of application processors. While the reported price of the handset is CNY399 price (or $65), necessary campaigns and additional duty fee will spike the overall price of the smartphone. However, if it is still able to possess a price tag that is less than what the Redmi 2 offers, then there is no question that the handset will sell like hot cakes.

While the $65 price tag of the smartphone is downright impressive, Xiaomi is expected to treat its loyal consumers with the E4. The E4 is rumored to possess a price tag of $289, and the only difference between the handset and the Mi 4 will be that the former will possess 2 GB of RAM while Xiaomi’s previous flagship smartphone is available for $320 (for the 16 GB variant) and features 3 GB of memory.