Xiaomi's popularity has allowed the firm to achieve the title 'Apple of China' due to its penchant of releasing mobile products that are similar to Apple's iOS products in terms of aesthetics. In addition, the firm's aggressive pricing strategy and diversified portfolio of smartphones has allowed it to quickly climb up the ladder of the mobile industry, putting the global market share of Apple and Samsung in jeopardy. Now, the Chinese tech sensation is looking to bridge the performance gap of its Mi 4 with the release of the E4, a smartphone that possesses 2 GB of RAM, and maintains all the remainder of the hardware specifications present in the Mi 4. 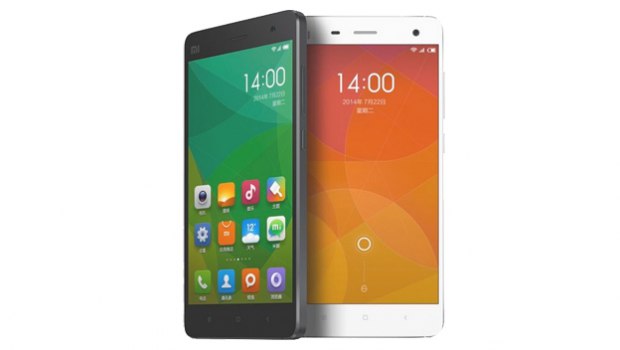 According to Gizmochina, the handset passed the certification process of TENAA. The website states that the smartphone will carry a price tag of $289 and the only difference separating the E4 and the Mi 4 will be that the former will possess 1 GB of RAM less than Xiaomi's previous flagship offering. In that pricing range, the E4 is going to create havoc for a ton of companies, regardless if it possesses a previous generation chipset. If the E4 does get managed to be released sporting the aforementioned price tag, then it will compel Xiaomi to reduce the price tag of the Mi 4, significantly increasing its market in the process.

The upcoming handset is expected to be powered by Qualcomm's Snapdragon 801 SoC, which features a quad-core Krait processor clocked in at 2.5 GHz. In addition, the handset will also be equipped with an Adreno 330 GPU to provide fluid gaming. Providing the E4 with sufficient amounts of battery life will be a 3,080 mAh battery and all of the content will be viewed on a 5 inch frame that will be rendering the 1080p resolution. The disappointing thing about the device is that since it possesses hardware specifications similar to the Mi 4, it will be void of an expansion slot and thus, will be shipped in the 16 and 64 GB variants.

For image capturing and video recording purposes, the E4 will most likely feature a 13 megapixel rear camera sensor and a 5 megapixel front shooter. Currently, it has not been confirmed when the smartphone is expected to arrive but it is possible that the Chinese tech firm will be looking to release it during Q3, 2015 since that is the time that Xiaomi’s competitor, OnePlus will be launching the successor of the OnePlus One, the OnePlus Two.

Apart from this, Xiaomi is also being rumored to release a handset that will feature Qualcomm’s Snapdragon 810 SoC, the Mi Note Plus. It appears that majority of the tech firms are going to have their hands full if Xiaomi does carry out its plan to fruition.