Xiaomi’s $97 Smartphone Is A Redmi 2A; 4.7 Inch Coupled With LTE modem Is A Nice Affordable Package

Xiaomi's Redmi 2A has just been announced, which was part of the company’s five year anniversary, and you can rest assured that there are going to be several goodies apart from this one that are going to be announced shortly. While there is a modicum difference between Redmi 2A and Redmi 2, the former features a Leadcore L1860C chipset while its predecessor runs Qualcomm’s Snapdragon 410. 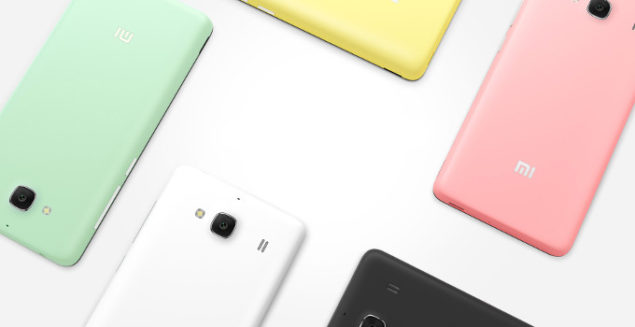 According to a source, the Leadcore L1860C chipset runs a quad-core processor at 1.5 GHz, along with a Mali T628 MP2 GPU. The Redmi 2A is also assimilated with 1 GB of RAM, an 8 MP rear shooter and the ability to holster two carrier SIMs inside it at the same time for added flexibility. However, the $97 that you will be paying for will also grant 4G LTE connectivity and a 4.7 inch IPS display that is radiating a resolution of 720p.

While majority of consumers would have been hoping the device to be running Lollipop 5.0, Redmi 2A will be getting the next best thing by running KitKat 4.4. Currently, there is no update on whether the device is going to get a microSD slot for expansion storage purposes or not, but the Redmi 2 currently features an expandable limit of 32 GB and since there are not a whole lot of differences separating the two handsets, it is only fitting that the company will be adding this feature to Redmi 2A.

Other forms of connectivity include a Bluetooth 4.0 and GPS module. Providing the necessary amount of charge to the smartphone will be a 2,200 mAh battery. Consumers looking to purchase Redmi 2A can select one out of the five colors provided.

For $97, you can rest assured that the smartphone is going to go head to head with Microsoft’s Lumia 430, which is going to retail for $70, making it the most affordable Windows Phone released by the company. While the camera, battery, processor speed and LTE modem are several advantages that consumers will be getting from purchasing Redmi 2A, Lumia 430 will allow consumers to expand their storage up to 128 GB and the handset will also be receiving the highly anticipated Windows 10 upgrade.  On April 8, 2015, a special discount is going to be offered to consumers, where they can purchase Redmi 2A for $80. Still, it will cost more than what Microsoft’s Lumia 430 brings to the table.