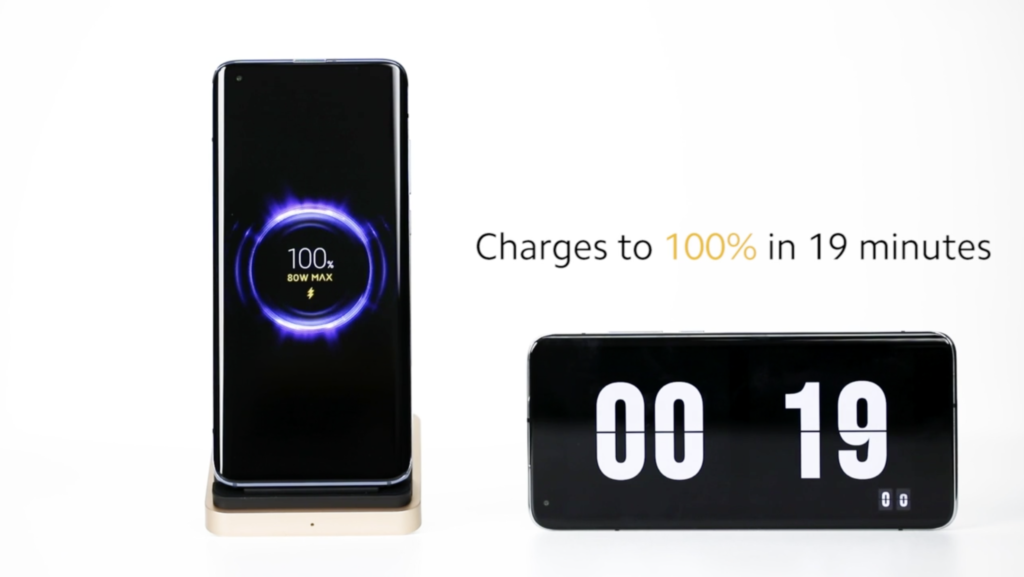 The world of smartphone charging is becoming more and more interesting. We have charging speeds that are becoming so fast, it makes little to no sense but hey, the faster the better, right. While many would argue that you don't need to have a smartphone charger that fast, the companies are all about competition and Xiaomi has stepped up once more but this time we are not talking about wired charging, we are talking about ridiculously fast wireless charging.

How fast? Well, Xiaomi claims that their 80-watt wireless charging is capable of charging a 4,000 mAh cell in just 19-minutes, and yes, that is a 100% charge.

If you want a quick top-up, which of course you do, this wireless charging technology is built for you. Putting your phone on a wireless charging pad for just a minute will grant you 10% battery while 8 minutes can give you over 50% of battery capacity, which makes very little sense but it is true. We have seen a wired charging go as high as 120-watts but remember that this is wireless charging, which makes it even more impressive. This is what Xiaomi had to say about their latest breakthrough.

Now, some might raise an argument that the 80-watt charging is still not the fastest standard as that is the 120-watt, but do remember that this is wireless, which just makes it a lot more impressive and that means that there is some serious work being done to make it possible. Xiaomi has shared a video to showcase how that works, so you can check it below.

While it certainly is an impressive achievement, at the time of writing, we have no official word on when this feature is going to be available on mainstream devices. Not just that, there is also the question of overheating, and additionally, how companies are planning to keep the charging pads, especially the coils cooler. Previously, OnePlus added a fan to their 30-watt wireless Warp Charger, but this is definitely higher, so it would be interesting to see what Xiaomi has in store for us.