Well, not even a day has passed and we have more news for you about Xiaomi's soon to come Mi4 flagship smartphone. Just 17 hours ago we received several fresh updates about the Xiaomi Mi4. These include first alleged pictures of the device and official word from the company's VP. According to Mr. Li Wanqiang, the Xiaomi Mi4 will not have a metal back like several flagships out there. Instead, the back of the phone will be made of plastic. He however assures us that the Xiaomi Mi4 will not disappoint as the smartphone is being launched on the fourth anniversary of Xiaomi. Well, there are more updates about the Xiaomi Mi4 and these come courtesy of an online retailer who has listed the smartphone for pre-order just a day or two prior to its launch. 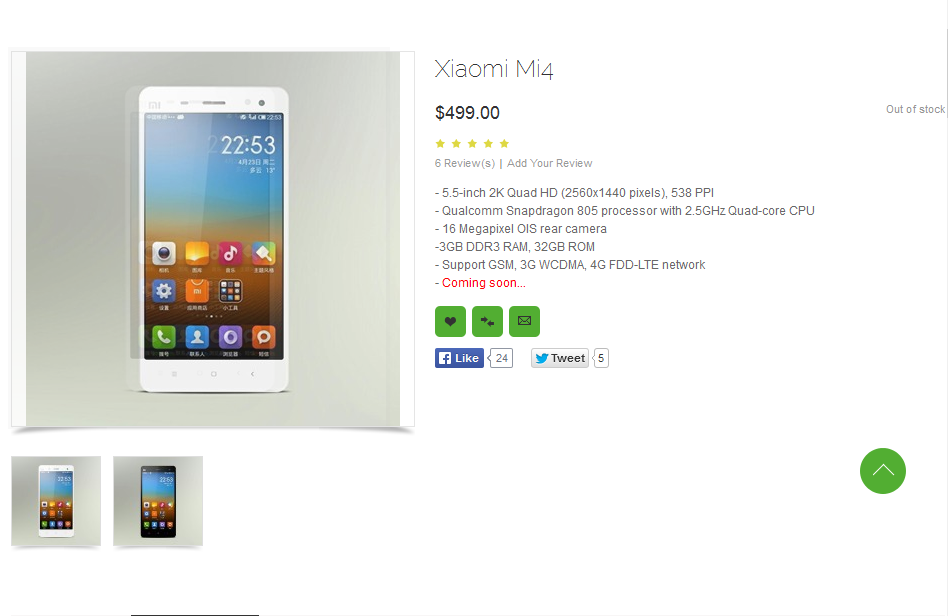 Storage specification for the smartphone are the same 3GB of RAM as listed before and a whooping 32 GB of internal storage. This, as regular readers will know, is twice of what rumors said it would be. The Xiaomi Mi4 also comes with a sizeable battery of 3200mAh, which promises all day uses before charging is required. With these offerings, the Xiaomi Mi4 does look like a very solid device. Xiaomi is going to launch the Mi4 tomorrow so stay tuned for more updates. We might be in for a surprising treat.