Xiaomi Wants to Take Away Samsung’s Spotlight Through Its Mi 9 Unveiling on February 20, According to Teaser 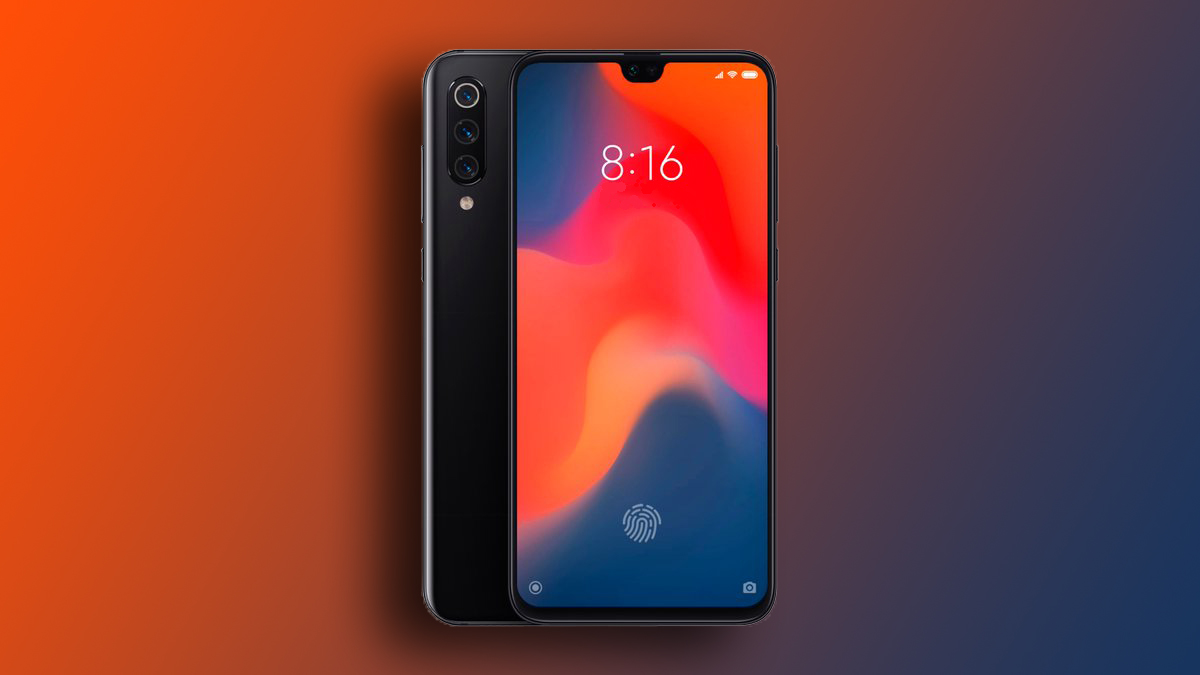 Galaxy S10 leaks have appeared in droves, but the same volume of unearthed information was not linked to the Xiaomi Mi 9. However, there might be a chance that the Chinese giant will want to steal Samsung’s thunder on February 20 with the potential launch of the Mi 9. According to a teaser poster, the unveiling date of the flagship has been listed, and it clashes on the same day when Samsung is announcing the Galaxy S10e, Galaxy S10, and Galaxy S10 Plus.

On the microblogging website Weibo comes a teaser that reveals that Xiaomi Mi 9’s unveiling date as February 20, with the important details illustrated at the bottom. Like all the previous launches with the company name ‘Xiaomi’ printed on them, the Mi 9 will initially be exclusive to China, and then it shall make its way to other markets, with the smartphone eventually getting listed on several online retailers.

The unveiling of the Mi 9 means that lots of people will start to draw up pricing, specifications, and a features comparison between the Galaxy S10 series. Xiaomi has attained a lot of success in recent years by selling premium products at a ‘not so premium’ price, with the Chinese manufacturer believing that customers should not have to fork over a lot of money to gain access to a piece of technology.

Going over the rumored specifications, the Mi 9 will no doubt feature Qualcomm’s Snapdragon 855, but it is unlikely that the handset will get 5G support. The Chinese giant earlier teased to launch the 5G-ready version of its Mi MIX 3, so releasing the Mi 9 with an embedded 5G modem might cannibalize the sales of the Mi MIX 3, since the Mi 9 is expected to be sold for a cheaper price. 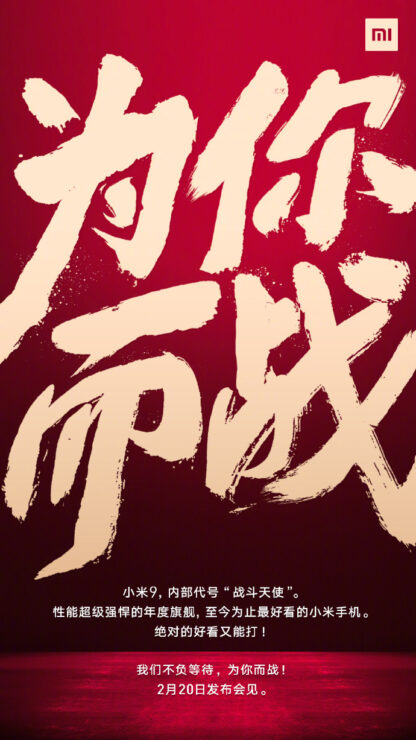 Previously, it was Xiaomi’s CEO that teased an in-display fingerprint reader on a smartphone that covered nearly the entire display. The device in question was not teased but since it did not feature a sliding camera, it can be assumed the CEO was showing off one of the many features belonging to the Mi 9. A previous rumor stated that the flagship will have a triple camera setup at the back, including Sony’s 48MP sensor. However, the same rumor stated that the smartphone will get 32-watt fast-charging support but it will not be compatible with Qi wireless charging.

A different report claims that the Mi 9 will get 27-watt fast-charging support instead of 32W, but the report didn’t confirm if the device’s battery will top up using wireless induction. Though this is all the information we have for you, don’t be surprised if the Mi 9 materializes on February 20. We also think Xiaomi will take some jabs at Apple, and Samsung by comparing the Mi 9’s slew of features. Whatever is bound to happen, we’ll update you, so stay tuned for more.