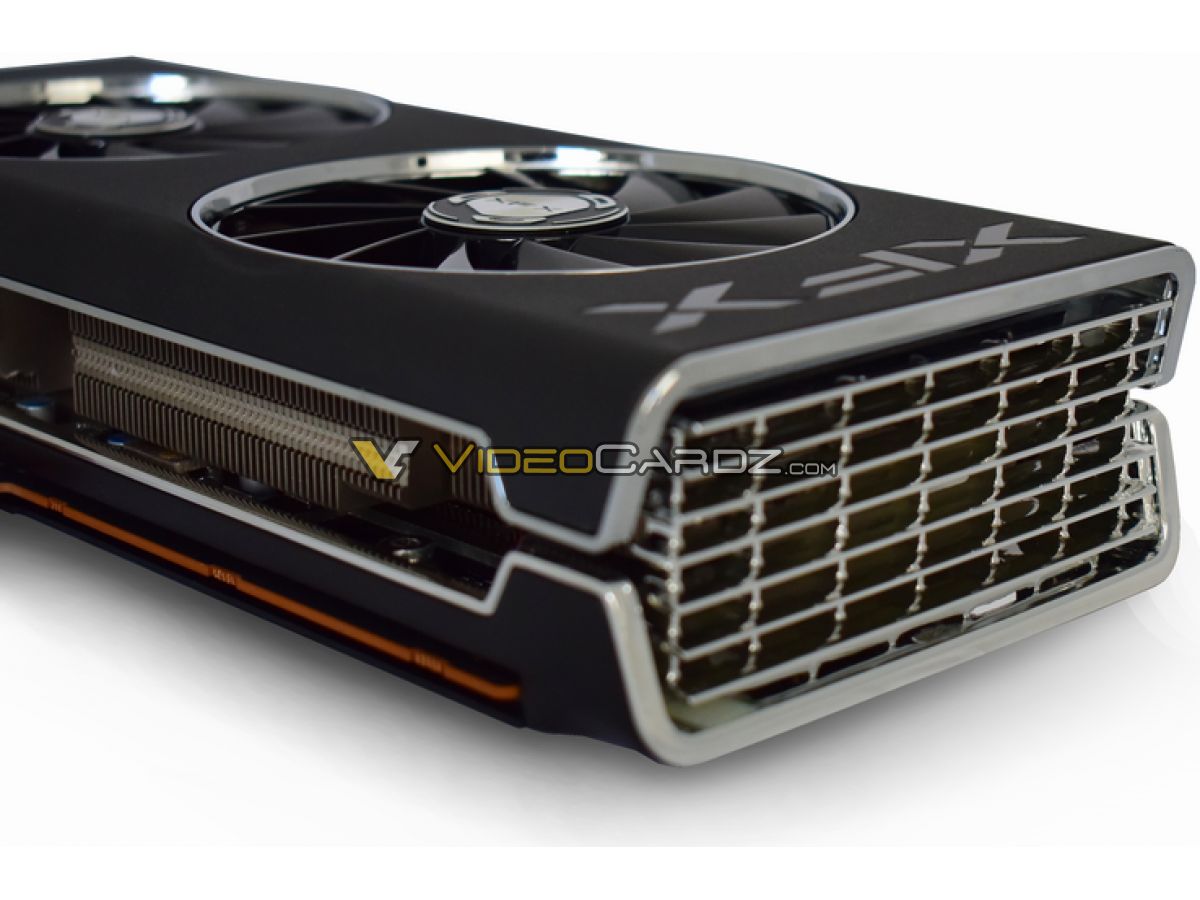 XFX's second custom design for the Radeon RX 5700 series graphics card has been unveiled by Videocardz and it aims to be one of the thickest card based on the Navi 10 GPU. XFX has already shown off their Black Wolf edition graphics card which was detailed at ChinaJoy 2019 so it looks like the company has multiple variants planned for launch this month.

From the looks of it, XFX is preparing at least three variants based on the Navi 10 GPU. The Black Wolf Edition is one of them and we covered it here, the other two are the RAW2 and THICC2. The details for RAW2 aren't available but the THICC2 pictures show a familiar cooler design which we saw back during the Radeon R200 series era. 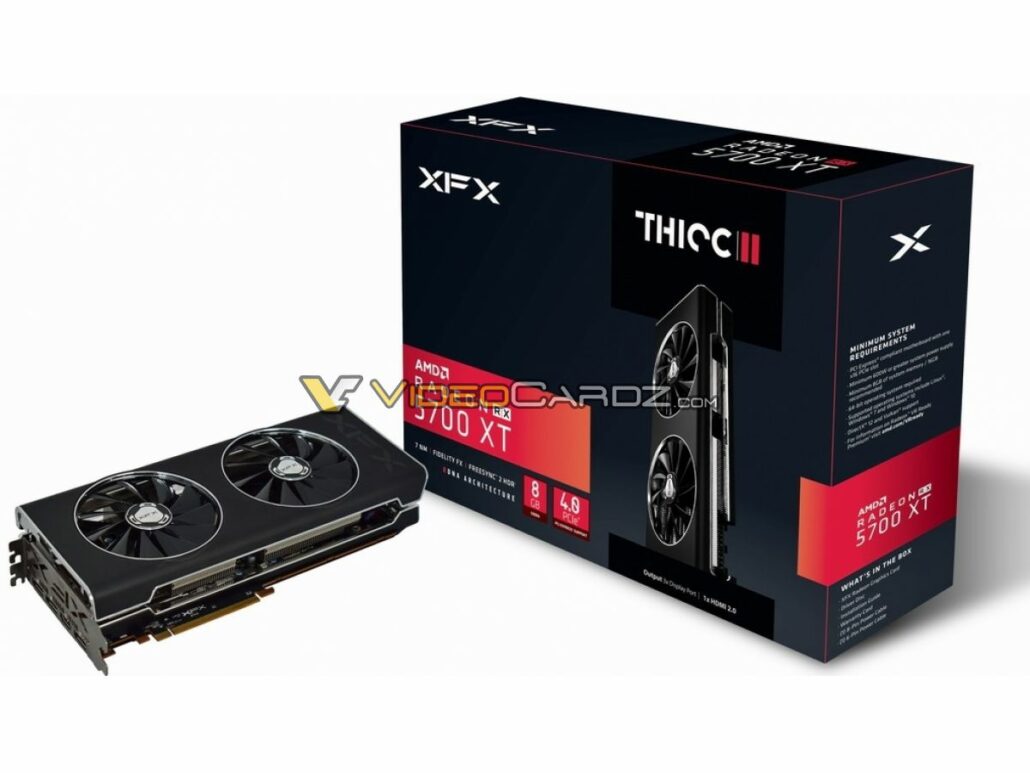 The Radeon RX 5700 THICC2 graphics cards would feature a 2.5 slot design and a black colored shroud with silver linings along the sides and around the fan cutouts. There are more fan blades than the previous variant (11 vs 9) and we can spot the XFX branding on almost all ends of the graphics card. There's one XFX branding logo on the rear of the card which may feature lighting through integrated LEDs. The R200 series variants did feature white-colored LEDs.

The card features a solid backplate with a much larger XFX logo branding and there's also a logo cutout around the I/O ports. Display options include triple DisplayPort and a single HDMI port. It looks like the card would feature a massive fin-based aluminum block with multiple copper heat pipes. There's also a uniquely styled grill on the rear of the card which seems like an exhaust out port to ventilate hot air out.

The card looks like it features an 8+6 pin power connector config and should feature higher clock speeds than reference variants. The card is expected to launch this month at a premium price point over the reference cards. Several other Radeon RX 5700 series graphics cards were also showcased at Chinajoy 2019 which we covered here.