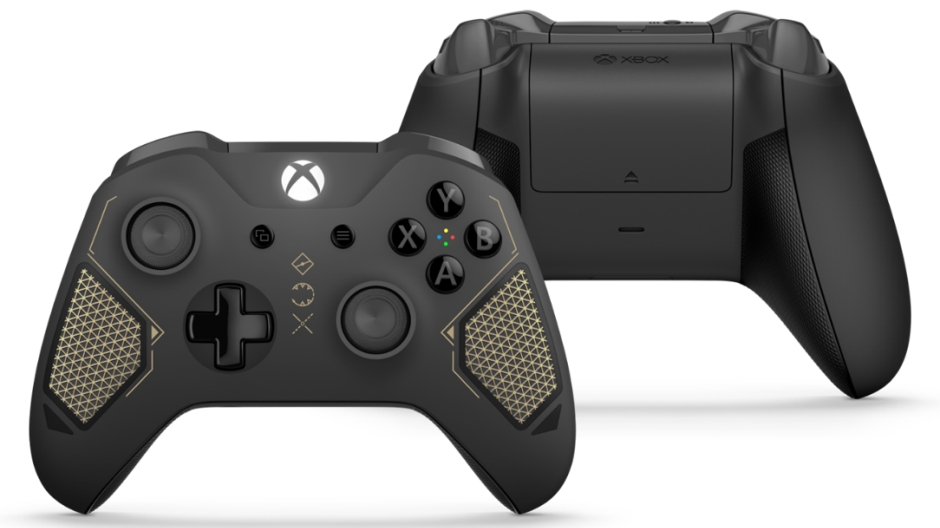 Further expanding their gaming offer, Microsoft announced today a brand new Xbox Wireless Controller, which will be released next month in all regions.

In developing this new controller series, the Xbox team was inspired by military technology and performance patterns, exploring concepts stemming from combat armor and sci-fi mechanical gear. Premium finishes like a laser etched texture, gold accents and insignia are on the front of the controller. The back of the controller features textured diamond rubberized grip for added control and comfort. This specialized controller also has the same features you know and love of the Xbox Wireless Controller, including improved wireless range and Bluetooth technology for gaming on Windows 10 devices or Samsung Gear VR. You can also take advantage of the custom button-mapping feature through the Xbox Accessories App, available for download from the Xbox Store or Windows Store.

A new console feature coming with the Creators Update later this year has also been revealed today. Thanks to the Copilot feature, two Xbox Wireless Controllers will act as one, which will make it easy for one player to assist another.