Xbox Store Counts Down to Their Biggest Sale Ever 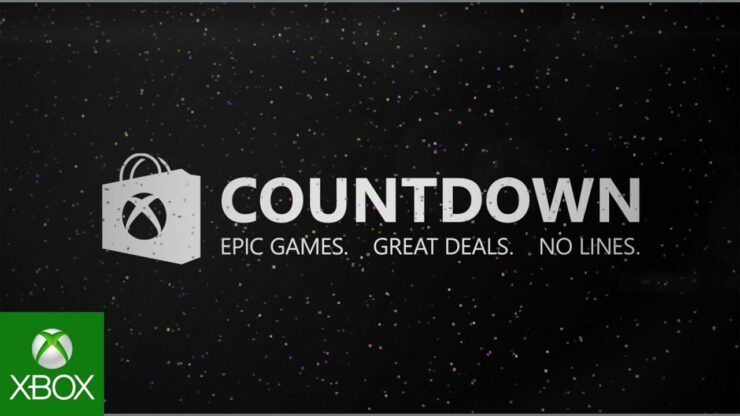 Tis' the season to save some money. Xbox owners will be able to save up to 60% off select Xbox Store games. Sign up for Xbox Live Gold and you can get an additional 10% off each of the sale titles. Games like Final Fantasy XV, Battlefield 1, and Watch Dogs 2 are just some of the titles getting big discounts along with over 40 backward compatible titles.

The Xbox Store will have 19 days of sales and discounts on hundreds of games, movies, shows, and apps. This also isn't limited to daily and weekly sales. Here are some examples of the deals and specials happening.

Not an Xbox Live Gold member yet? Go Gold for $1.

Now is a great time to sign up for Xbox Live Gold. From December 21 – January 9, Xbox One and Xbox 360 owners can upgrade to Gold for $1 for the first month of membership. Gold members get up to 10% off all Xbox Store deals during Countdown.

With Gold membership, you can also:

Find hundreds of deals with your favorite films and TV Season Passes. Here are a few of the hottest to come.

Stay tuned for even more deals on Suicide Squad, Sausage Party, and more amazing deals arriving later in the week!

The celebration is even more rewarding for Xbox Live Rewards members. In addition to the great deals of the sale, members get even more, including up to 10% back on purchases with MyVIP. Plus, every dollar you spend in the Xbox Store or Microsoft Movies & TV before December 31 also counts towards boosting your Star Rank for 2017.

Get 4 months of free music with a Groove Music Pass!

Try a free 30-day trial and we’ll give eligible customers 3 more months – on the house! A Groove Music Pass comes with millions of songs wherever you go, ad-free, across all your devices. Get custom & curated playlists, plus artist radio and Background Music for Xbox One or Sonos.

The sale runs from now until December 22nd through January 9th.