The Xbox Series X architecture is going to be discussed later today at the virtual Hot Chips conference, where Microsoft's Jeff Andrews (Computer Architect) and Mark Grossman (Lead GPU Architect at Xbox) will go on a very technical deep dive of the next-gen Xbox hardware.

Meanwhile, though, Microsoft did share the presentation slides beforehand. There are some interesting tidbits, such as the specifications for the DirectX Ray Tracing hardware acceleration available in the Xbox Series X.

According to the slide, the console can reach a peak of 380 Giga ray-box per second and 95 Giga ray-triangle per second. However, the slide clearly mentions that these are custom units and as such, we cannot really compare them to anything, such as NVIDIA's Turing 10 Giga rays per second.

However, Microsoft does boast a 'minor area cost' on the die for the ray tracing hardware which in turn provides a 3-10x acceleration when using ray tracing. 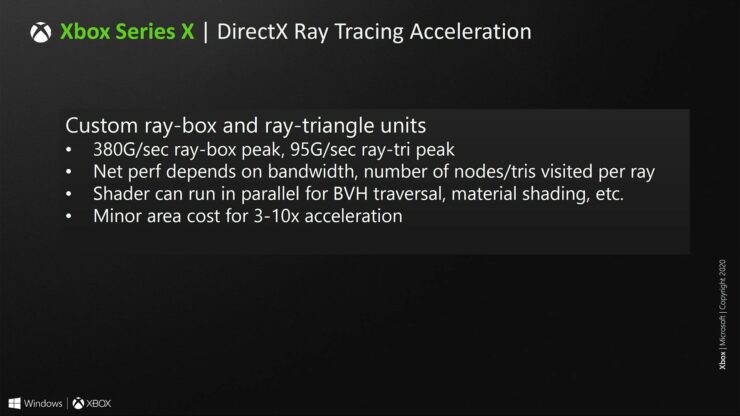 This slide however gives us a hint as to the kind of machine learning techniques that may be actually used. The two examples given are resolution scaling, most certainly a DLSS-like technique, and 'character behavior', which seems to be related to Artificial Intelligence. Microsoft says it spent only a 'very small' area of the die on ML acceleration hardware, while it expects a 3-10x performance improvement from it, just like for ray tracing. 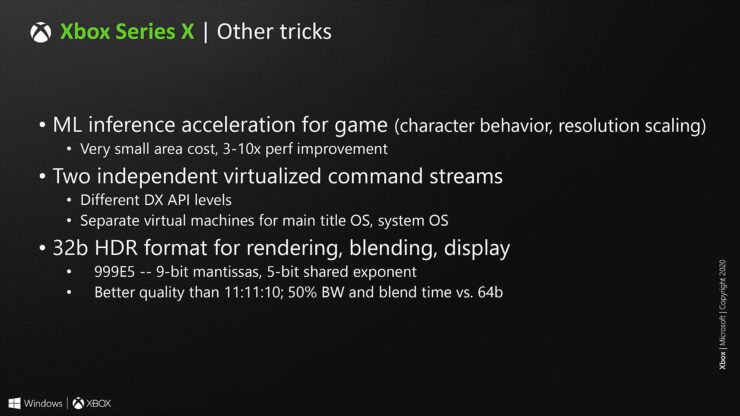 Another performance saving technique that will be employed in the Xbox Series X is Variable Rate Shading (VRS). As we previously discussed on Wccftech, Microsoft developed a dedicated API for VRS back in early 2019. Variable Rate Shading allows developers to selectively reduce the shading rate in the area of the screen where the visual fidelity is less impacting, saving performance in the process. In this case, Microsoft says that the hardware for this only required a tiny area on the die while potentially delivering a 10 to 30% performance gain in games. 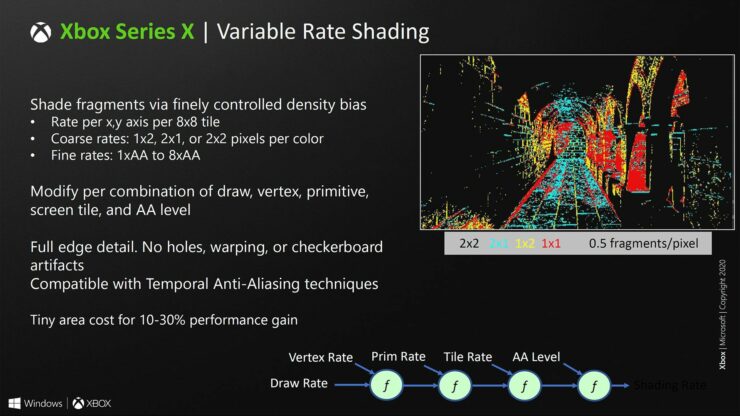 Other highlights worth mentioning are the manufacturing process, confirmed to be based on TSMC's 7nm enhanced process, and the fact that the whole System-on-Chip (SoC) Xbox Series X die costs more than that of the Xbox One X. This leaves us with two options: either the Xbox Series X will cost more than the Xbox One X did ($499) when it launched three years ago or Microsoft is going to sell the console at a greater loss per unit this time around. We'll know soon enough, anyway, as pre-orders are expected to go live soon. 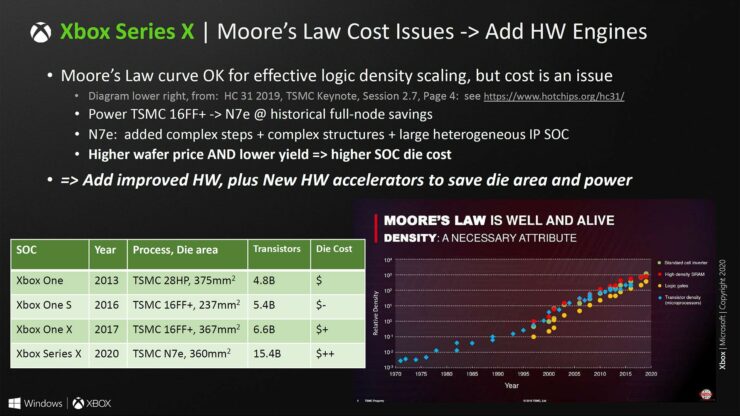