After revealing the PC system requirements for its upcoming action-adventure survival horror video game, Techland announced earlier this week that the next-gen console version of Dying Light will run at native 1080p resolution with 30 frames per second instead of 60 frames per second, which the developer had earlier revealed as their primary target. To explain the cause behind the change in decision, Techland has issued a statement stating that 1080p resolution at locked 30 frames per second proves to be “the optimal solution for Dying Light and all its gameplay features on consoles." 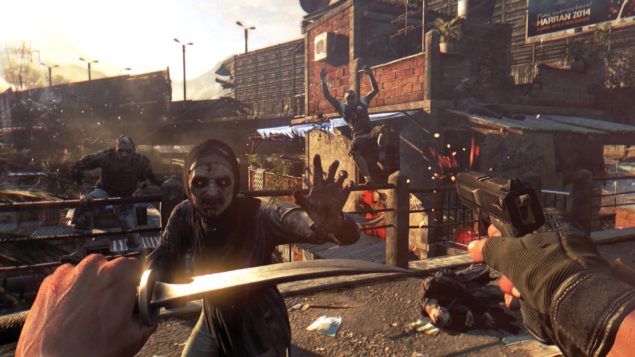 1080p/30fps is the Optimal Solution for Dying Light and All its Gameplay Features on the Latest Consoles, Says Techland

Back in 2013, Techland stated that the development team was aiming to achieve 1080/60fps for Dying Light on the PlayStation 4 and Xbox One consoles, but earlier this week, Lead designer Maciej Binkowski revealed in a response to a fan on Ask.fm that the upcoming brand new survival horror IP will actually run at 1080p/30fps on Sony’s latest console. Video game development process is a long one and just like anything, it includes a lot of ups and downs, so it is not entirely surprising to see this drop in the frame rate, but an explanation from the developer is surely important.

Today, The Polish video game developer explained the reason behind the decision to lower Dying Light’s frame rate from 60 frames per second to 30 frames per second. In post on the game’s Facebook page, Techland’s Adrian Ciszewski stated that for a game that features “Natural Movement System” and packs a lot of action, rock-solid 30fps can be the best choice. The locked 30 frames per second in Dying Light results in “perfectly smooth, gameplay-tailored performance.” He wrote:

"As you're probably well aware, one of Dying Light's highlight features is the Natural Movement system. It lets you swiftly traverse the vast open world by jumping between rooftops, climbing buildings, and using impressive parkour skills on the go. In such a fast-paced game, a stable frame rate is paramount.”

"When you're desperately trying to escape from a horde of pursuing Volatiles, even the smallest drop can lead to a mistimed jump and consequently your death. That’s why we made the choice to lock the frame rate at a rock-solid 30fps on consoles, at the same time reducing the input lag to the minimum. The result is a perfectly smooth, gameplay-tailored performance."

Techland never confirmed if 1080p/30fps for the upcoming horror title could be achieved across the Xbox One console as well, but in the latest post, the developer stated that 1080p/30fps is “the optimal solution for Dying Light and all its gameplay features on consoles,” which apparently means that the Xbox One console will handle the upcoming next-gen title at native 1080p resolution and 30fps as well. Adrian further said:

"We put enormous amount of work into creating a detailed, action-packed open world, and are very happy you'll be able to see it in beautiful high-definition graphics. After many experiments and tests, we've concluded the 1080p resolution at locked 30 frames per second is the optimal solution for Dying Light and all its gameplay features on consoles.

"Focusing more on an enjoyable experience and less on numbers, we believe we hit the sweet spot with Dying Light's performance on these platforms."

Dying Light is penciled to land on January 30 next year for PC, PlayStation 4 and Xbox One. The developer recently revealed the PC requirements for the game, which, even after being revised, are fairly demanding. You can check them out here.

What do you think about Dying Light running at 30fps on the latest consoles instead of 60fps? Share your thoughts in the comments section below