July has not been a very smooth month for Microsoft's online multiplayer gaming and digital media delivery service known as Xbox Live. Compared to Sony's PlayStation Network, which went down due to the overflow of Destiny Beta traffic, the Xbox Live has crashed several times in past few weeks, and today again, users of both Xbox One and Xbox 360 consoles are reporting issues connecting to the service and accessing online game rooms and apps. 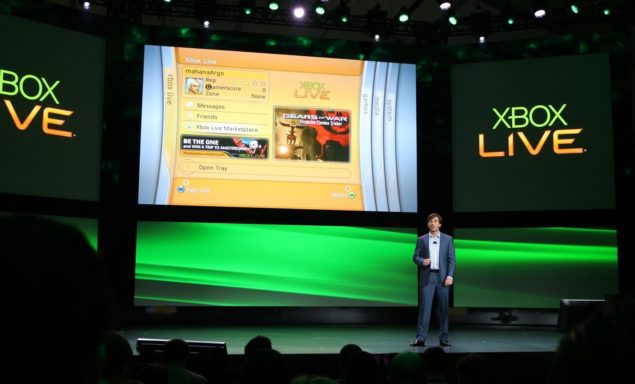 It looks like Microsoft is not just stuck with fixing the issues with its latest video game console as the company is also in trouble with its multiplayer gaming and digital content delivery service called Xbox Live that is used by millions of Xbox gamers. This is for the third time in past two weeks that the Xbox Live service is facing network-wide issues and users of both the Xbox One and Xbox 360 consoles are experiencing frequent disconnections and black-screen bug.

Microsoft has officially confirmed on its Xbox Live status webpage that gamers on both the Xbox One and Xbox 360 consoles are not only having trouble going through the core Xbox Live services, but they are also experiencing repeated connection-loss while attempting to access the social aspects of gaming. Common issues include inability to join online multiplayer games and interact with friends. VentureBeat contacted Microsoft for a few official words, and the company's spokesperson had this to say:

“Xbox Live is experiencing temporary service interruptions with Xbox One and Xbox 360 social and gaming features. Our engineering teams are working quickly to fix the problem, and we expect service to be back to full performance as soon as possible. We will update you as soon as Xbox Live is up and running and appreciate your patience as we work to get you back to your gaming and entertainment experiences. In the meantime, our apologies for the interruption.”

Microsoft previously issued a complete list of services that are being affected, and now the company has pointed out that due to the problems going on with the Xbox Live, many Xbox 360 users are experiencing a black-screen bug when they try to launch video games and apps. The company is currently trying to find a solution to this bug and the community will be updated with more information soon.

"It’s come to our attention that some of you are seeing a black screen when attempting to launch games and applications. Hang in there, Xbox members, we’re on it! Thanks for your patience while we work to resolve this issue. We’ll update you again as soon as we have more information."

The Xbox Live service first starting facing outages two weeks ago, apparently after Destiny beta started to attract tremendous amount of traffic. This is the third time the service has went down. Microsoft has not yet issued any proper official statement as for what is causing these frequent outages.