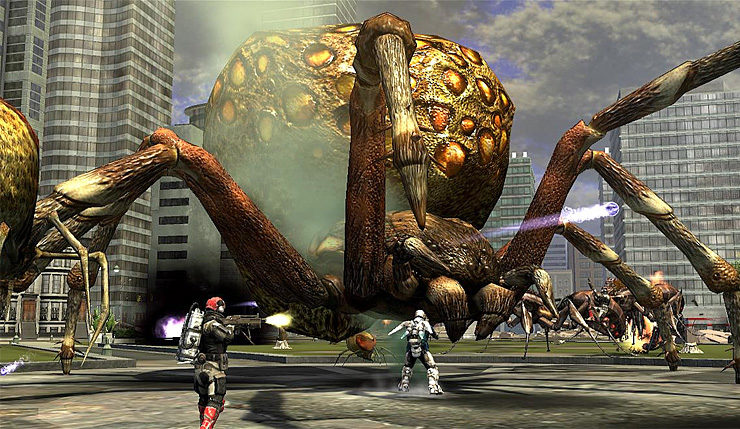 Microsoft has revealed their May Xbox Live Games With Gold lineup, which includes your standard two Xbox One games and two Xbox/Xbox 360 games. Of course, the older games can be played on Xbox One via backward compatibility. Next month’s selection includes sports sim The Golf Club 2019, cute party game Marooners, the bug shoot ‘em up Earth Defense Force: Insect Armageddon, and goofy action-platformer, Comic Jumper. 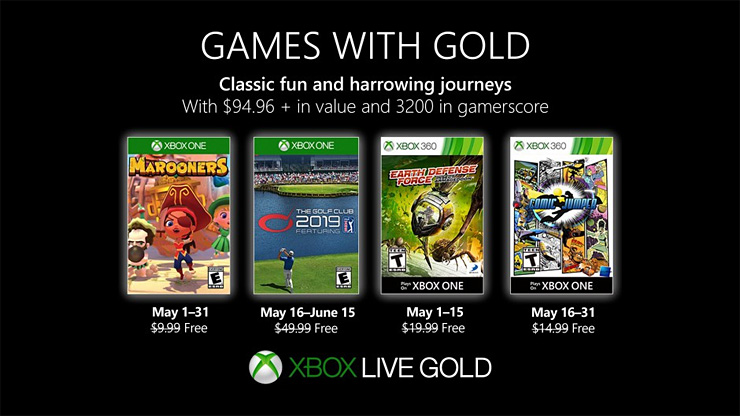 Here are Microsoft’s official descriptions of all four May Games With Gold titles:

It’s time to mix up the fun in the party game extravaganza, Marooners. Join up to 6 of your friends on the couch or online, laugh sadistically at their misfortune, or even haunt and pester them after you die as you battle it out in 25 different games and arenas. The action is intense, switching between games when you least expect it. Run, jump and slap your way to victory!

Hit the links in The Golf Club 2019 Featuring PGA Tour. In the officially licensed PGA Tour career mode, test your abilities on beautifully recreated courses like TPC Boston, TPC Sawgrass and more to compete for the coveted Fed Ex cup. With a focus on authenticity and realism, customization, and competition against friends online, this title will appeal to both golf enthusiasts and new players alike.

Defend the earth at all costs in Earth Defense Force: Insect Armageddon.  Thousands of aliens and giant insects are invading the planet and only the Earth Defense Force can stop them. Take part in non-stop bug killing action, even if it means turning an entire city to rubble. Utilize over 300 weapons, jetpacks and tactical armor to defend humanity.

Jump into comic book adventure in the madcap Comic Jumper. In order to save his own poorly selling title, Captain Smiley must work-for-hire and earn money by fixing the problems within other comic books. Leap into the different genres of Fantasy, Silver Age, Modern and Manga and raise the funds necessary to get his series back up and running.

Earth Defense Force will be available from May 1 to 15, Golf Club 2 and Comic Jumper will be available on May 16, and Marooners can be downloaded all month long. As always, once you download a Games With Gold title, you’ll have permanent access to it, so long as you still have an active Xbox Live Gold membership.

Not exactly a banner month, to say the least. It feels like Games With Gold is being left by the wayside as Microsoft pours their resources into Xbox Game Pass. What do you think? Any of this month’s Games With Gold strike your fancy?