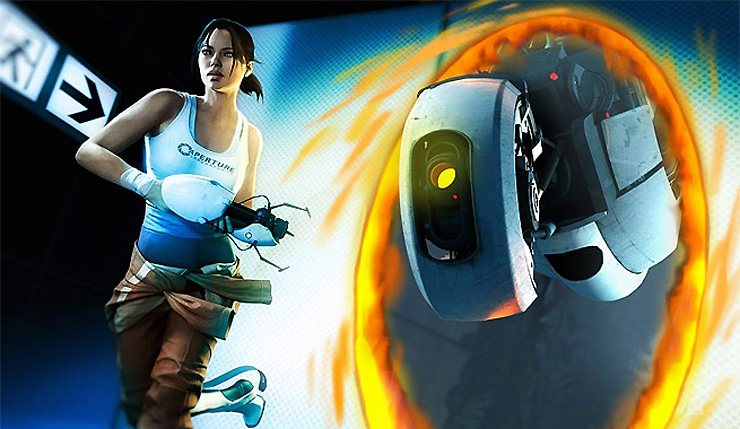 Microsoft has revealed their June Xbox Live Games With Gold lineup, which includes your standard two Xbox One games and two Xbox/Xbox 360 games. Of course, the older games can be played on Xbox One via backward compatibility. Next month’s selection includes sports sim NHL 19, the classic puzzler Portal, cute Smash-Bros-style fighter Rivals of Aether, and the bug shoot ‘em up, Earth Defense Force 2017. Check out a brief trailer for the game, below.

Here are Microsoft’s official descriptions of all four June Games With Gold titles:

Rise from the ponds to the pros in EA Sports NHL 19. It’s playoffs season and there is no better time to play this exciting sports title. Build your player from the ground up and compete against over 200 hockey greats in a gameplay system that delivers explosive-edge skating, responsiveness, and jaw-dropping hits.

Summon the power of the four elements: Fire, Water, Air, and Earth to battle your opponents in Rivals of Aether. Unravel the mystery of the planet in Story mode, band with friends in Abyss mode or test your skills against other players online. Skills and tactics are key in this electrifying Xbox platform fighter.

The ever popular and darkly comedic Portal: Still Alive is coming your way…with cake! Using Aperture Science’s portal technology, break the laws of physics and solve brain-bending puzzles to escape the sinister laboratory you are trapped in. Manipulate your environment and experience hours of fun with the classic award-winning first-person campaign.

Defeat the Ravager armada in Earth Defense Force 2017.  For four years, the population knew alien invaders were coming, so the Earth Defense Force was created to stop them. Now is that time. Annihilate swarms of enemies, some 20 stories tall, using your reconnaissance, infantry, and special ops forces. With all manner of weapons and vehicles at your disposal, defend the planet at all costs.

Portal will be available from June 1 to 15, Rivals of Aether and Earth Defense Force will be available on June 16, and NHL 16 can be downloaded all month long. As always, once you download a Games With Gold title, you’ll have permanent access to it, so long as you still have an active Xbox Live Gold membership.

Giving away NHL 19 just as we head into summer is an…interesting choice on Microsoft’s part, but, overall, this is an okay lineup. About on par with Sony’s PS Plus offerings this month. What do you think? Any of this month’s Games With Gold strike your fancy?