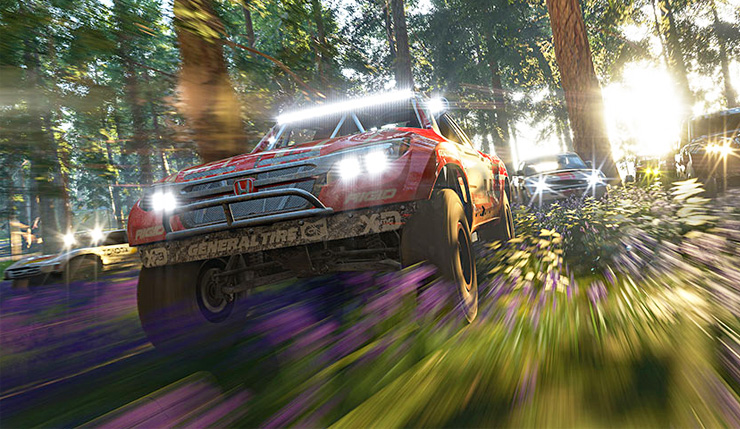 Xbox Game Pass’ October lineup is now available, and it boasts some big games, including Forza Horizon 4! Earlier this year, Microsoft started making all first-party titles available on Xbox Game Pass from day one, and Forza Horizon 4 is the biggest exclusive to launch on the service yet. In addition to Horizon 4, other October Game Pass highlights include the Nazi-blasting romp Wolfenstein: The New Order, excellent horror shooter Metro 2033 Redux, and the adorable 2D platformer Shantae: Half-Genie Hero. 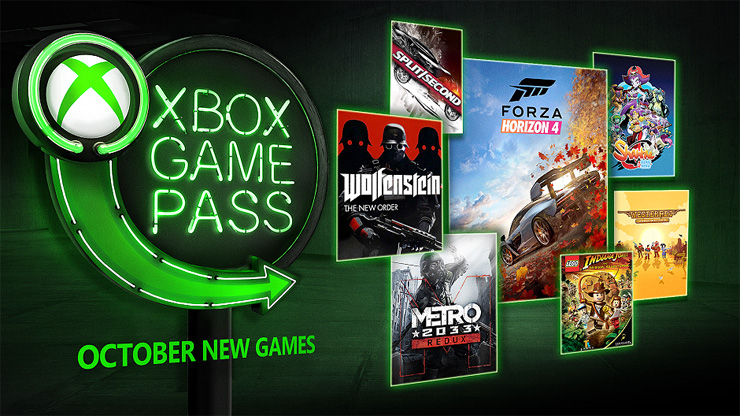 Check out official Microsoft descriptions of all the October Xbox Game Pass titles, below:

The highly anticipated sequel to 2016’s massive hit Forza Horizon 3, Forza Horizon 4 is an open-worldracing genre-first where players will experience dynamic seasons and explore gorgeous scenery in a shared open-world. Collect, modify, and drive over 450 cars, and play solo or team up with friends to race, stunt, and explore your way through beautiful and historic Great Britain.

Before there was Wolfenstein II: The New Colossus, there was The New Order. After a daring mission goes awry during World War II, special forces operative William “BJ” Blazkowicz wakes up in the year 1960 to find that the Nazi’s have taken over the globe. The war isn’t over for BJ as he takes up arms to reignite the resistance and take down the tyrannical fascist regime.

Moscow, 2033. An entire generation has been raised underground after an apocalyptic event two decades prior. As Artyom, a resident of a besieged Metro Station city, you will venture to the desolate, nuclear wasteland above and deep into the heart of the metro system to warn the remnants of mankind of a terrible impending threat from dangerous mutants and an even more mysterious enemy that goes unseen. Featuring a massive world to explore, weapon customization, and harrowing first-person shooter elements, Metro 2033 Redux is the definitive version of this classic game.

Cowboys! Guns! Mystery! Experience all that and more in this spaghetti western-inspired action game that’s unlike any western you may’ve played before. After a bandit murders your family in cold blood, it’s up to you to track him down and deliver justice. The wrinkle to the game is that each time you play, the killer’s description and trail is different, and you must piece together the clues as you travel through the open world, taking on side quests and talking to NPCs.

The city is rigged to explode blow and you’re in control of the action as bridges will fall, buildings will become clouds of rubble, and cars will be blown to pieces. This is the world of Split/Second, an intense racing game set within the world of a big-budget reality game show where contestants will race across a city made for destruction to be first to cross the finish line. Full of explosive stunts, demolition, and racing thrills, this racing game is full of high-octane excitement.

Xbox Game Pass grants players access to more than 100 Xbox One and Xbox 360 games for 10 bucks a month — you can check out a full list of available games here. Interested in Game Pass, but don’t have an Xbox One? Microsoft recently launched the Xbox All Access program, which gets you an Xbox One console, Xbox Live, and Game Pass for a reasonable monthly fee – you can get more details here.

Needless to say, an impressive lineup this month! It’s kind of amazing to see a lavish, big-budget game like Forza Horizon 4 being offered through a $10 subscription service. So, which game will you be tackling first?