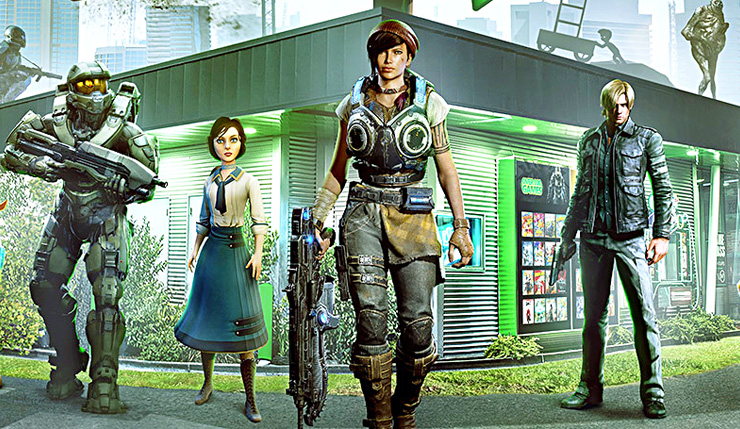 Last week Microsoft dropped an unexpected bomb, announcing all major Microsoft Game Studios exclusives would be available through Xbox Game Pass from day one. Sea of Thieves, Crackdown 3, and future Halo and Gears of War games, all available for a $10 monthly fee. Gamers have (unsurprisingly) reacted well to the news, but retailers have been far less enthusiastic. One Austrian retailer vowed to stop selling the Xbox One following the Game Pass announcement, and it seems they aren’t alone.

GameIndustry.biz spoke to a number of independent British games retailers about Microsoft’s Xbox Game Pass move, and the mood is pretty gloomy. Stuart Benson of Leicestershire’s Extreme Gamez laid out why Xbox Game Pass is bad for indie retailers.

"Essentially, it's made [our Xbox One business] worthless overnight. Why would people buy a second-hand game when they can just pay a tenner and get a massive catalogue of titles to keep them going? Effectively overnight they've […] made it not worth doing. Why should we support them and sell their consoles and accessories if we're going to get very little out of it? We don't make anything off their digital selection. It's pretty pointless. We might as well go where we're supported, which is Sony. […] For the consumer, it's absolutely fantastic. For us in retail, it just kills us outright."

This may seem like an extreme reaction, but stores make very little off console sales – the business is all in selling (mostly second-hand) software. Selling somebody an Xbox One doesn’t make much financial sense if the customer is just going to sign up for Game Pass and never return to your store.

That said, not everybody is up and arms. Some retailers don’t think Xbox Game Pass is that damaging, if only because Microsoft’s lineup wasn’t going to make them much money to begin with…

"If Microsoft's games line-up were stronger, if someone big like Ubisoft started doing this, then yeah, that would be a cause for concern. So, I'm not overly worried about it. It's just a trend, it's where things are going forward [that matters]."

Indeed, it’s the future that matters. If other publishers and console makers follow Microsoft’s example, retailers could be in real trouble. It’s unlikely Sony or Nintendo will embrace the Game Pass model in the near future, but the industry is changing quickly. Publishers have been trying to muscle out small retailers and used game sales for years, and Xbox Game Pass and similar services could be the decisive blow.

What are your thoughts? Would you be happy to see Xbox Game Pass became the norm, or will you miss the Mom and Pop video game store?