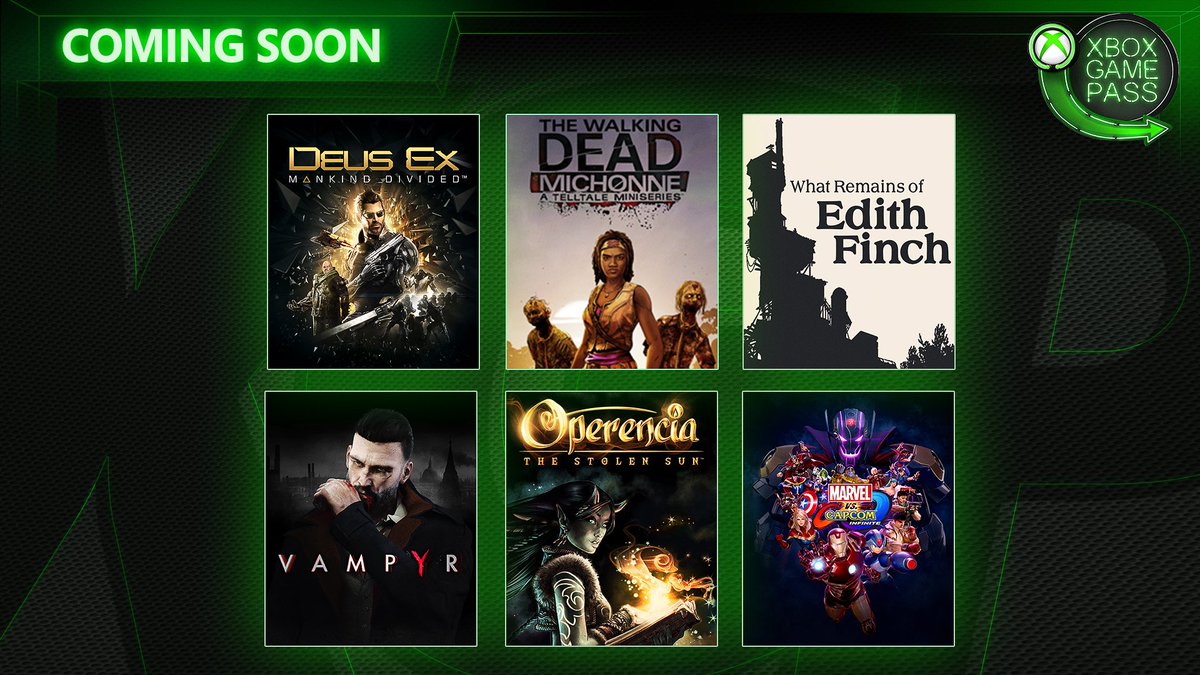 Microsoft has announced 6 new titles that are being added to the Xbox Game Pass soon, including Deus Ex: Mankind Divided, Vampyr, Marvel vs Capcom Infinite and more.

The new additions to Microsoft’s game subscription service were announced through Twitter just now. “Can we lower the difficulty on choosing what to play first, please”, Microsoft’s accompanying text reads.

Alongside the titles mentioned above, Telltale’s The Walking Dead: Michonne from 2016 is being added alongside Giant Sparrow’s first-person narrative adventure, What Remains of Edith Finch, and Xbox Game Pass exclusive Operencia: The Stolen Sun. The exclusive dungeon crawler was announced in January of this year.

The Operencia team did an amazing job designing characters and the world (you’ve gotta see those parallax cutscenes!), and I think the way we’ve brought them to life further speaks to our goal of modernizing this style of game. While there is an overarching story uniting all 13 maps, a number of unique smaller stories and character relationships shape the game throughout.

If you can’t tell, I’m very pleased with how it’s all turning out. I think I speak for the entire team when I say how truly thankful we are to Xbox for including us in the Xbox Game Pass program – we’re super proud of this game, and we want as many people as possible to play it. We can’t wait to hear what you think about it in just a few months.

Microsoft launched its Xbox Game Pass back in 2017 and features over 100 Xbox One and Xbox 360 titles.