Microsoft’s Xbox One is a complete living room console and it can do amazing things, from playing remarkable games to watching your favorite TV shows. What more, the console allows you to become an indie developer. Yes, Xbox One dev kit menu has been discovered which changes your console into a development kit. Microsoft has opened a room of opportunities for indie developers with the Xbox One but the development kit is not yet complete and the manufacturer advises against turning your Xbox One into a development kit. 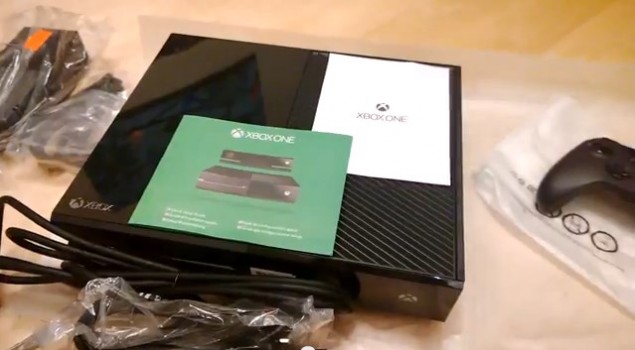 Microsoft had already told that indie developers would enjoy creating with the Xbox One, however, no development kit, app or menu was shown for the console. But hidden deep inside the standard interface of the each Xbox One console is a development kit that would allow indie developers to create unique work and experiences for Xbox One.

One gamer has gained access to the Xbox One dev kit menu and has posted the procedure on Reddit for how to unlock the dev kit menu, but the Reddit user, Liam Hing warns that the process could brick your Xbox One. Liam explained, “With a simple button combination in System you can enable developer settings, obviously you’ll most likely need to be a registered dev with ID@Xbox, but when they said it would happen they delivered.” This is what the Xbox One dev kit menu looks like: 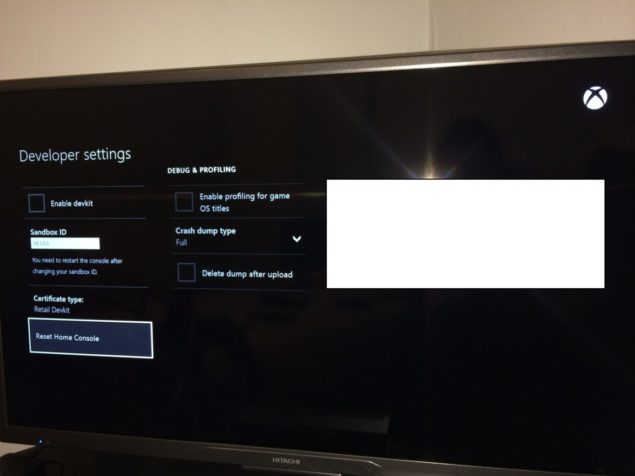 This process has also been demonstrated in a video on YouTube by GameTuts. To convert your Xbox One into a development kit, go to the System Menu that is placed inside console Settings and then press Left Bumper, Right Bumper, Left Trigger and Right Trigger in quick succession, by doing this you will uncover the hidden Developer Kit menu, complete the process with 'Enable Devkit' option. The dev kit is currently locked and requires a “Sandbox ID” to enter into developer mode, only registered developers have this ID for now. Watch the video below:

However, a registered Xbox One developer suggests the console owners not to play with the Xbox One dev kit, saying, “Please don’t mess with anything here for the time being, especially the sandbox ID. You risk putting your box into a boot loop.” Later a confirmed Epic Games developer also backed up the statement.

Just like confirmed Xbox One developers, Microsoft is also warning Xbox One owners to avoid following the procedure and messing with the Xbox One dev kit menu. A statement from Microsoft to Eurogamers states: "Changing the settings in this menu is only intended for developers for Xbox One, and this alone does not turn the console into a development kit. We strongly advise consumers against changing these settings as it could result in their Xbox One becoming unusable. Customers who have put their consoles into this developer setting can revert by restoring factory defaults under Settings / System, select Restore Factory Defaults."

Microsoft would eventually unlock the Xbox One dev kit for every owner but it is just not ready yet. The console manufacturer has also previously launched a self-publishing program known as “ID@Xbox”. This program would be available to every Xbox One user. A confirmed Xbox One developer was asked about what is Microsoft’s plan on making the ID@Box available to public, the developer said, “I have no idea how far along the ID@Xbox program is. There are many concerns such as privacy, security, stability etc.., that need to be sorted out before we can allow anyone and everyone to simply sideload an app onto their box.”

This could be a good sign for Xbox One users, if Microsoft has really planned support for indie developers with Xbox One dev kit, then it is a big plus for the Xbox One and this would help the manufacturer to take the console a step ahead from the Sony’s PlayStation 4