For those who are eager to purchase themselves an Xbox One during the coming Holidays, a ridiculous ‘Black Friday’ deal has been ‘leaked’ by computer company Dell.

The deal is part of Dell’s suite of Black Friday “Doorbusters” and is a complete steal. According to the ad, the deal includes the 500 GB Xbox One, Gears of War: Ultimate Edition, an additional controller, and the upcoming Fallout 4 for only $299.99.  Unfortunately enough, the deal won’t be available until November 26th. 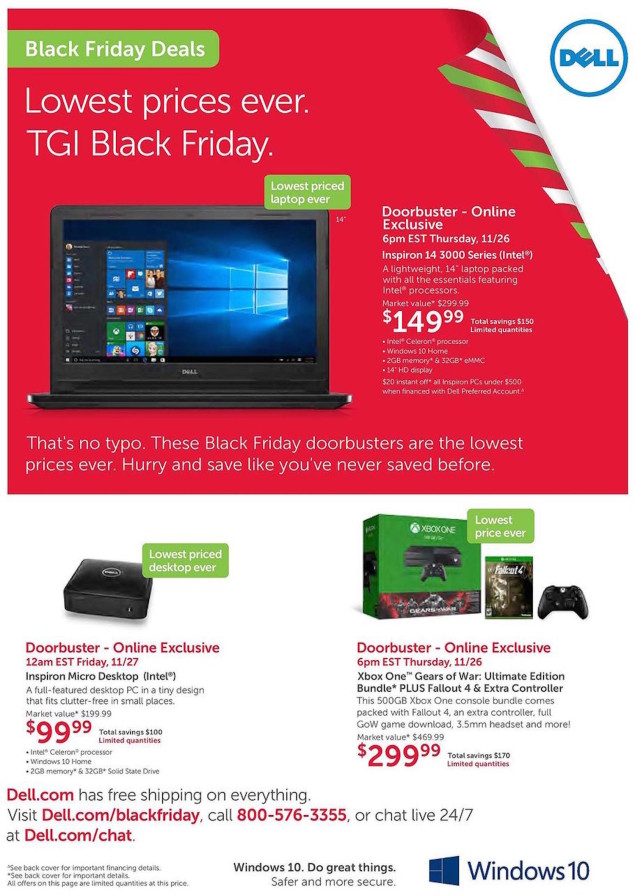 Normally customers would be charged $469.99 for this package, so that’s $ 170.00 in your pocket right there. You could even use this amount to grab yourself that copy of the upcoming Halo 5: Guardians and Rise of the Tomb Raider to be ready for the holidays.

Sony recently announced a price-cut for the PS4, starting at $ 349.99. I’m sure that interesting Black Friday deals for that console will pop up soon as well.

Starting off in the early 2000’s, Black Friday has routinely been one of the most busiest shopping day of the year. Most major retailers offer insane promotional deals in advance of the Christmas shopping season.