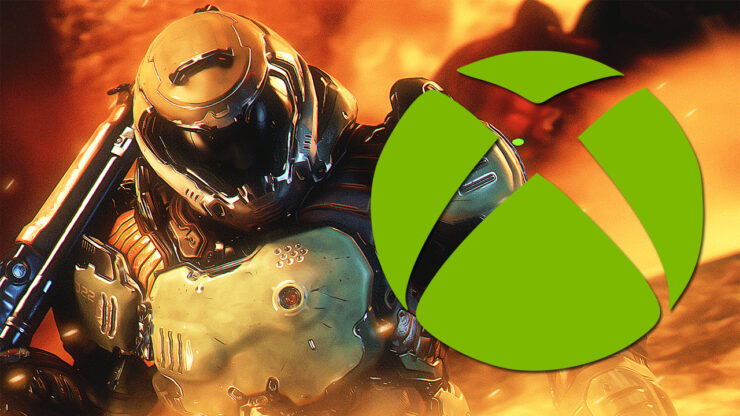 Now that Microsoft has announced the purchase of Bethesda, many are wondering whether upcoming and future titles will still be released on other platforms, including those of Sony and Nintendo. During Jefferies' Interactive Entertainment Virtual Conference, Microsoft’s Chief Financial Officer for Xbox, Tim Stuart, addressed the matter.

Microsoft and Bethesda haven’t directly confirmed that going forward, upcoming titles from Bethesda will be exclusive to the Xbox platform. Bethesda’s Todd Howard has said that they will decide what makes the best sense when the times comes, and Xbox head Phil Spencer pointed out that Microsoft’s isn’t about keeping games away from other platforms. On the other hand, Spencer did say that Microsoft doesn’t have to release Bethesda titles on any other platform to make the Bethesda deal work out.

So what does this rather vague phrasing mean for Bethesda titles on other platforms? While Xbox CFO Tim Stuart didn’t make any announcements regarding Xbox exclusivity, he did have some rather interesting things to say about the matter, including the fact that Microsoft is keen to keep supporting cross-platform play.

“When we think about Bethesda, it's going to be the continuing to allow -- I'll say allow, but continue to sell their games on the platforms that they exist today, and we'll determine what that looks over time and will change over time”, the CFO said. “I'm not making any announcements about exclusivity or something like that. But that model will change.”

He added, “Microsoft is a platform. We're one of the first to really support Minecraft, Roadblock, Fortnite across platforms. So we highly encourage cross-platform play, simply from this landscape of, if it's good for the gaming ecosystem, it's good for us, classic rising tide lifts all boats.”

Like Phil Spencer, the executive points out that, in the long run, Microsoft doesn’t have intentions to pull content from either Sony or Nintendo. He did state, however, that Microsoft wants Bethesda content to show up the best it can on Xbox platforms, also hinting at some form of timed-exclusivity for Bethesda titles on Xbox.

So again, I'm not announcing pulling content from platforms one way or the other. But I suspect you'll continue to see us shift towards a first or better or best approach on our platforms."

Based on these quotes, Microsoft doesn’t seem to go for the Xbox-only route for Bethesda titles but is looking for a different approach instead - one that won't necessarily be taking away games from other platforms.

What is your take on this? Hit the comments down below.