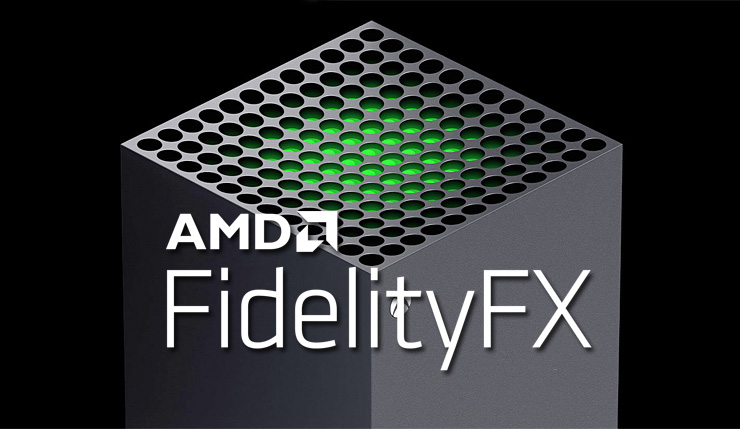 Microsoft’s Xbox consoles share most of their big games with the PC, and going forward, crossplay development is going to be just a little bit easier. Today during Microsoft’s Game Stack Live event, it was announced that AMD FidelityFX is now fully supported on Xbox Series X/S. Here’s what AMD had to say about FidelityFX entering the console space…

This development is very exciting to all at AMD who have worked to deliver these effects into the hands of even more developers – and we will continue to strive for our highly optimized effects to be at the forefront of cross-platform game development. Xbox Game Developers interested in getting started with AMD FidelityFX can do so with the latest Game Development Kit (GDK), where samples for Contrast Adaptive Sharpening, Variable Shading, and Raytraced Shadow Denoiser technologies are available.

No word on if/when FidelityFX is coming to PlayStation, but Sony’s consoles also run on AMD chips, so it seems very likely it's coming eventually. A number of games already use AMD FidelityFX on PC, including Cyberpunk 2077, Microsoft Flight Simulator, Godfall, and Horizon Zero Dawn. Upcoming games like Resident Evil Village and Far Cry 6 will also use the tech.

For those unfamiliar, AMD FidelityFX is an image-quality toolkit for game developers, which makes implementing techniques like ambient occlusion, variable shading, and AMD’s custom sharpening techniques easier. AMD has promised to eventually add “FidelityFX Super Resolution,” essentially their version of NVIDIA’s DLSS tech, to the toolkit, but it’s yet to arrive.

What do you think? Excited for the visual possibilities this could unlock on consoles?