Multiple Legitimate sources confirming that Microsoft Xbox 720 will feature a blu-ray disk drive and will require a constant internet connection console is expected to be 2013 fall release. Whole new designed motherboard which have a3 times more powerful GPU then the one Xbox 360 is using, 720 will surely be an amazing successor to the Xbox family. 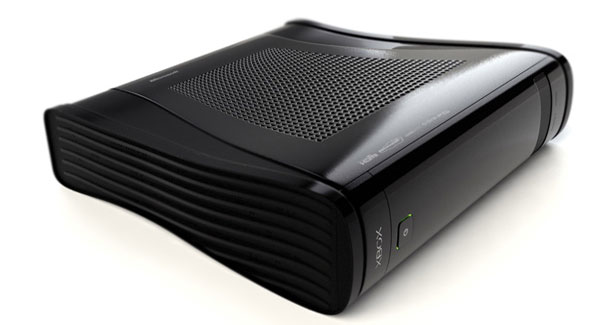 Multiple legitimate sources confirmed that Microsoft Xbox 720, an upcoming next-gen console will have a blu-ray disk drive and will use a constant internet connection as an anti-piracy measure and to prevent pirated disk play's, which leads us to the first conclusion that gamer's across the globe with little or no internet availability will be a no show for them. Addition to this console is designed with not one but two GPU's, 2 invidual chips working at the same time but not in SLI or Crossfire X mode, An official statement to the site was made saying :  “It’s like two PCs taped together.”

Microsoft is using AMD's 7000 Gpu's equivalent chip's which claim's to be faster then the Xbox 360 three times, Console CPU will either be a quad core or hexa core architecture, one will handle kinect and other one the OS, Kinect 2.0 will be an inbuilt device as default. The codename of the undergoing console is suggested as "Durango".

While the new XBOX certainly does show promise it will only be a matter of time before we see if this really is true or is it just another pre-console launch rumor put out there by fanboys. I certainly hope that the constant internet connection part is not true because I would hate to miss out on video games while I am changing ISP's or plan on taking my XBOX with me on vacation where internet availability will be little to none like a hotel room which charges for internet. But then again, we must keep in mind that it is Microsoft making the console and not Ubisoft.