The Xbox 360 isn't being ignored by any means. Major Nelson has just posted on his blog that the user interface is going to be updated so as to be as social as its big brother, the Xbox One. 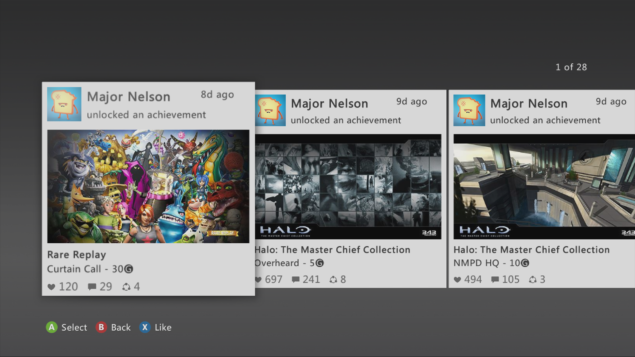 If you're part of the Xbox 360 Preview Program, then you'll be able to use this most social of features right now. Just update to the latest beta preview to enable it. Everyone else will have to wait until it's officially released.

So, then, the Xbox 360 still lives on and will be supported for some time to come. Despite having backwards compatibility, it's still a relevant platform for many. The Xbox One is slowly gaining first party games that are well worth it, especially those shown at Gamescom.

Major Nelson has posted the below instructions on what to do should you start seeing your Activity Feed filled with, well, activity.