While the UK release of PlayStation Move is right around the corner (September 15th) Microsoft's long awaited Kinect (previously known as Project Natal) XBOX 360 bundle which comes with "Kinect Adventures" and a 250GB Hard drive is priced at US$400, its the same price as a PS3 Slim 250GB except with the Kinect bundle your getting more stuff, While the PlayStation Move 320GB bundle is priced at €299 (US$380) and it comes with 1 Move controller, Sports Champion, a demo of a blu ray game and even the Sony Eye.

Although many sites have shown that the Move is indeed more accurate than the Kinect I can definitely be sure that sales of Kinect will soar through the roof that is if Microsoft can throw in some more "mature" Kinect compatible games to the list, I mean sure playing Kinect Adventures is fun and all but if today's teen or young adult had to play THESE games on his Kinect with his friends would be a little bit embarrassing, especially where "Kinectimals" is concerned.

Its pretty obvious that the Kinect is a family based concept (if the ad's weren't a HUGE give away leading to that then obviously the name makes it even more obvious; Kin-Ect, Kin meaning family) While the Kinect (back when it was called project Natal) Microsoft promised fans that there would be Natal (kinect) support for Gears of War as well. Although it looks like Microsoft may have taken a double back on that promise 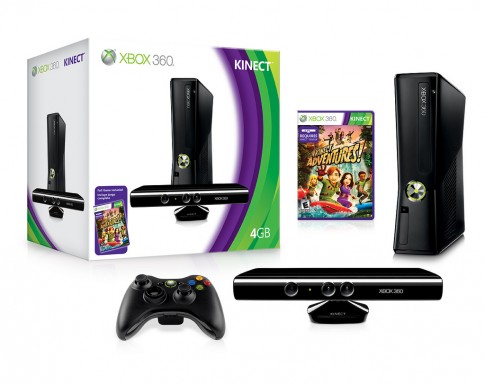