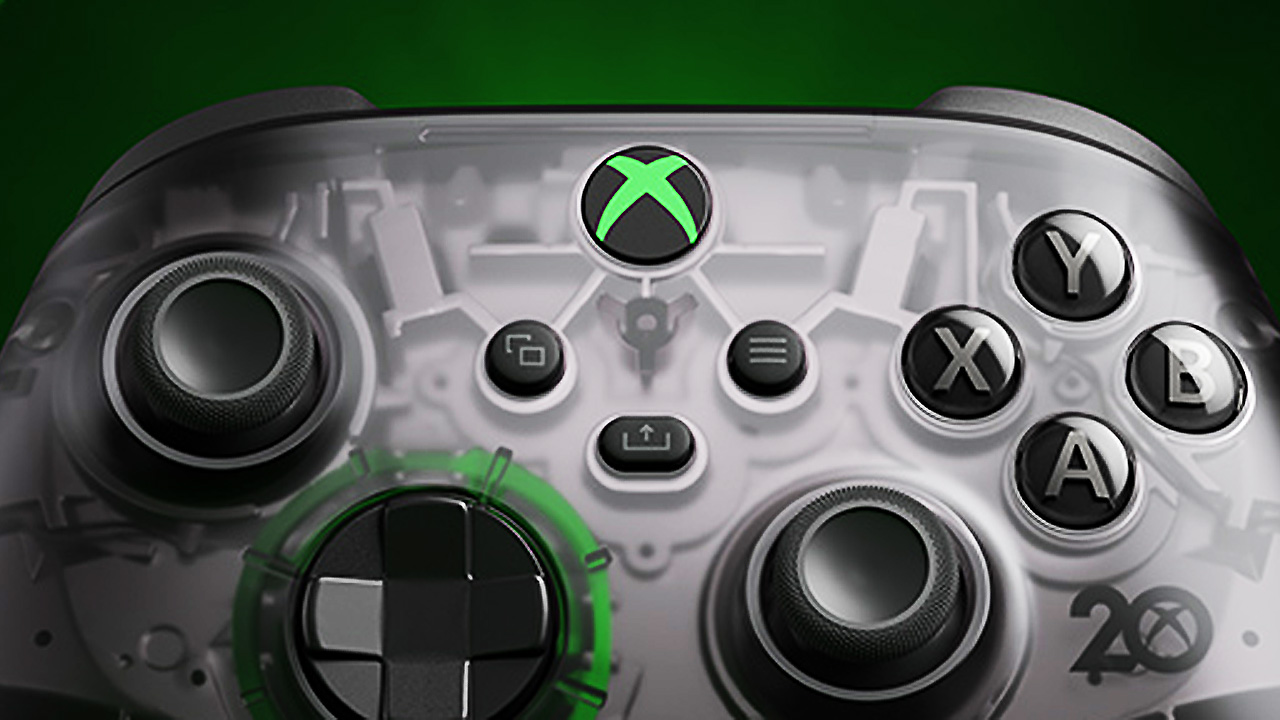 Get ready to feel old, because the 20th anniversary of Xbox is coming up next month. Microsoft is celebrating the event with a slick new Xbox 20th Anniversay Special Edition Controller and Headset, each of which is decked out in plenty of classic Xbox neon-green and boasts all the modern features you get from the current Xbox Series X/S controller. You can check out a few beauty shots and an official description of the new controller, below.

Sleek and sentimental – all in one package. The Xbox 20th Anniversary Special Edition Controller is a fresh spin on the translucent green of the original Xbox Debug kit. The body of the controller features a translucent black finish with silver internals so you can see every detail. The nostalgic, green Xbox button brings us back to the first green Xbox logo. The iconic color can also be found on the back grips and around the hybrid D-pad.

The 20th Anniversary Special Edition controller benefits from all the features of our newest Xbox Wireless Controllers, such as improved ergonomics, better cross-device connectivity, a dedicated Share button and reduced latency. You can also easily pair and switch between your devices including the Xbox Series X|S, Xbox One, Windows PCs, Android and iOS via Xbox Wireless, and Bluetooth technology.

And here’s a look at the new anniversary headset…

Built upon our new  Xbox Stereo Headset, this 20th Anniversary Special Edition is something truly special. The headset similarly features a translucent black body with silver internals so you can see what brings this headset to life. Green accents on the boom mic, inside and outside of the earcups. The left disc is marked with our 20th Anniversary logo in our iconic green and the right dial has our Xbox logo imprinted, as seen on the Xbox Wireless and Stereo Headsets.

Both the Xbox 20th Anniversary Special Edition Wireless Controller and Headset launch on November 15. You can pre-order the controller here and the headset here.