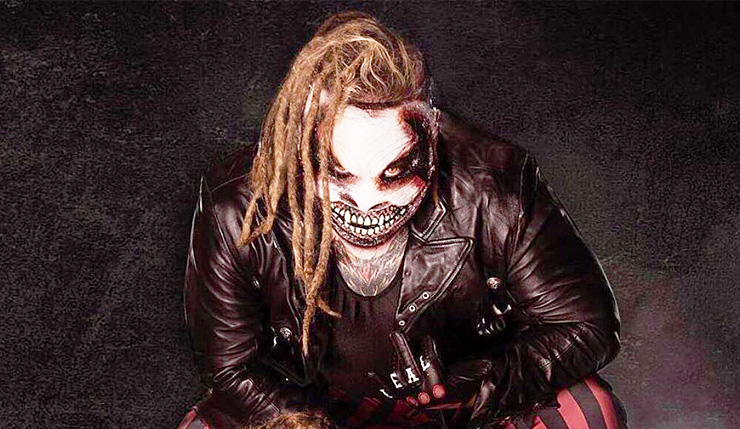 When WWE 2K20 was unveiled last week, it was announced the game would be getting regular “WWE 2K20 Originals” DLC updates post launch, but few details about what they would contain were provided. Well, 2K has spilled more information about the 2K20 Originals, and, uh, they’re kind of wacky.

Each WWE 2K20 Originals DLC pack will transport the superstars to a unique “fictional realm” and include a new Showcase, series of 2K Towers, and themed skins, arenas, and create-a-wrestler parts. WWE 2K20 Originals: Bump in The Night will launch alongside the game, and features all sorts of horror-themed stuff, including the ability to play as Bray Wyatt’s “The Fiend” persona, a Frankenstein skin for Braun Strowman, and a Showcase that tasks Finn Balor with defeating a version of Bray Wyatt who’s gained full-on Swamp Thing powers. Yup. This is all exceptionally silly, but...I think I might be into it?

Here’s everything included in WWE 2K20 Originals: Bump in The Night:

Add the most unsettling Superstar in WWE to your WWE 2K20 roster!

An alternate “Swampfather” version of Bray Wyatt has amassed otherworldly power, becoming an embodiment of the swamp itself. He lures Finn Bálor to his compound to recruit Finn’s Demon into his group of powered Superstars, which he calls his “Family.” Finn is forced to fight in a series of matches against members of Wyatt’s Family until finally, the power within Finn Bálor is unleashed. Exclusive commentary brings the story to life.

Each WWE 2K20 Originals DLC pack will cost $15, but you can get Bump in the Night for free if you pre-order the game. There will be three additional Originals following Bump in the night, which you get by buying the $30 WWE 2K20 Backstage Pass, the $90 WWE 2K20 Deluxe Edition, or by buying the packs ala carte.

WWE 2K20 throws down on PC, Xbox One, and PS4 on October 22. What other ridiculous Originals themes do you think are coming our way? Cowboys? Superheroes? A retro-gaming-themed pack with skins that make the wrestlers look like they're from WWF No Mercy? Sadly, that last one is too good an idea, so they're almost definitely not doing it.