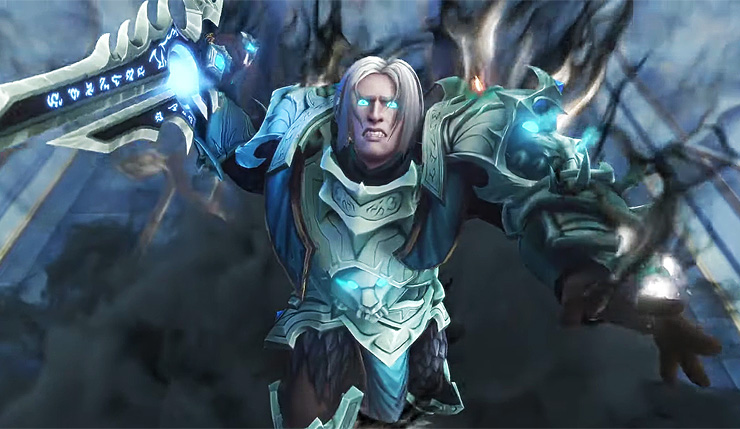 Today during the BlizzConline 2021 opening ceremonies, the first major content expansion for World of Warcraft: Shadowlands was unveiled, and it promises to be a meaty one. The update will see players delve deep into the Jailer’s dark domain, where they’ll find some daunting challenges, including the 10-boss Raid, The Sanctum of Domination, and the 8-boss Mythic mega-dungeon Tazavesh the Veiled Market. You can check out a trailer for World of Warcraft: Shadowlands’ Chains of Domination update, below.

Here’s everything you need to know about the Chains of Domination update:

The traitorous Sire Denathrius has been defeated, but the power of the Maw still grows. In Chains of Domination, the first major content update for World of Warcraft: Shadowlands, players will delve into new depths of the Jailer’s hopeless domain, seeking to understand the true nature of his malignant plans. Backed by the renewed might of the four Covenants, the champions of the Horde and the Alliance will take the fight for the Shadowlands to the seat of the Jailer’s power. But the Banished One has a terrible new champion in his service -- a cruel instrument of despair conscripted by Sylvanas Windrunner, capable of instilling dread into the hearts of Azeroth’s heroes like no creature of the Shadowlands.

World of Warcraft: Shadowlands’ Chains of Domination update escapes onto PC in  2021.