Chinese Scientists teamed up in order to bring in a new development in existence, the world's first hydrogen-fueled tram. The reason behind this was to clear the smog that covers some major cities of China.

The only emission it will have is H2O

A subsidiary of the China South Rail Corporation, Sifang Company manufactured this in collaboration with various other research based institutes around. It can actually travel a distance of 100 kilometers with just one tank filled fully with hydrogen. It can go as far as at a speed of 70km/h and can carry 380 passengers at a single point in time. In the coastal city of Qingdao, the vehicle has finally reached the production stage after a development and planning stage of about 2 years, it is expected to hit the streets real soon. 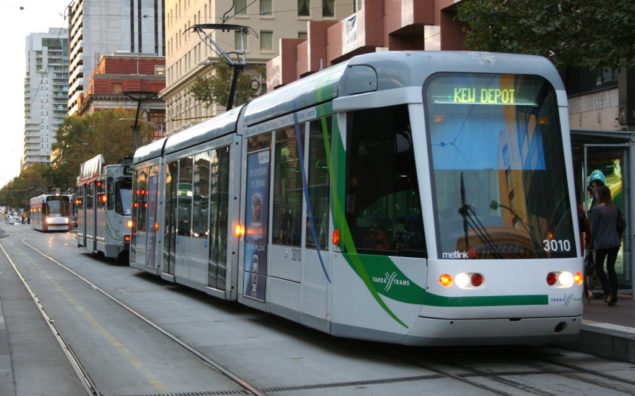 Since this car only emits water as a by product, that makes it deliberately an interesting vehicle to talk about. The inside temperature of the fuel cell will enable a control mechanism that will stop any nitrogen oxides formation. Hence there will be less or absolutely no damage to the environment by this perfect emission vehicle. What's more fascinating about this vehicle is that it only takes three minutes to refill and Chinese public transport users exactly know what are the quicker and shorter ways to reach their destinations so it makes more sense to say that the drivers will only have to fill it less number of times a day and that too very cheap at cost.

"The average distance of tramcar lines in China is about 15 kilometres, which means one refill for our tram is enough for three round trips," Liang Jianying, chief engineer of the Sifang Company, told the Xinhua news agency.

This new vehicle exhibits the dedication of Chinese government towards the society and environment that is deteriorating day by day. This throws up a challenge to the rest of the world to do something of a similar sort and bring in new products that are more user and environment friendly than before.