World of Warships – Removing Rising Sun Flag In Response To Criticism: The Importance of Symbolism

World of Warships, a naval combat arcade simulator, has received some criticism regarding the Japanese Rising Sun flag being flow on Japanese warships in-game. As a result they're going to replace it with the official national flag of Japan instead. 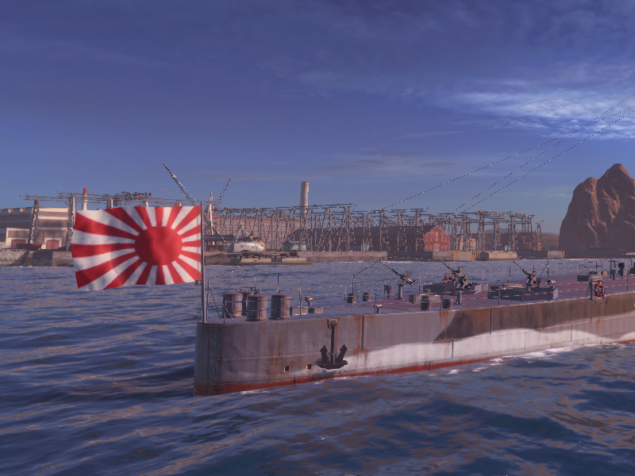 The petition gained over 40,000 signatures in an attempt to have the flag removed. That petition was successful, and a moderator from Wargaming.net's forums confirmed that they'll be replacing it with the national Japanese flag in the future, so as to avoid any conflict.

"We will be removing the Rising Sun flag from the game in the future,"

Wargaming.net doesn't intend to offend anyone with World of Warships by any means. They've put a lot of love and effort in modelling their ships as historically accurate as possible. Every little detail is rendered quite nicely in-game, so the wartime naval ensign is certainly one part of that historical verity.

It's important to know that the Rising Sun flag is still flown in Japan with pride. It's the naval ensign, or flag that indicates nationality, and is even used by the Japanese Ground Self-Defense Forces as well. It can be seen on any number of products in Japan, from Asahi beer, to the Asahi taxi cabs. That flag is also a token of good luck for fishermen.

But the Rising Sun flag also indicates and represents the imperialistic Japan from which it originated from. It's that association and the military actions carried out under that flag that is offensive to some groups. It's a reminder of a time of a more aggressive Japan that could be quite offensive to some South Korean and Chinese groups of people.

The wish to have it removed actually stems from the closed beta in 2014. It was removed once already, yet included once again. Interestingly, some users brought up the fact that Stalin's statue was included in World of Tanks which also exemplifies similar qualities of human history. The Rising Sun is also compared to the swastika and the controversy of it's meaning.

Human's are uniquely and deeply symbolic creatures. We place meaning in a lot of objects, attaching meaning to physical reality. Despite what might not mean much to you, it can certainly have a completely different meaning to someone else. Giving meaning to physical objects, sometimes very emotional meaning, is a way of easing the reality that life is finite. We have the capacity to understand what it means to be truly physical creatures, and thus giving something arbitrary meaning is a way to immortalize those feelings. Those symbolic meanings placed on objects can help insulate us from from primitive and basic fears, stemming from a finite amount of time we have on this planet.

Psychologically, politically and ethically this means that symbols, no matter how silly you and I might think they are, are significant and can't just be dismissed. What would you do if a symbolic issue that's important to you was thrown aside and ignored like trash? It's a tough decision to make, but even though history isn't always politically correct, a decision like this sometimes has to be made.

Alienate or make a small change? What decision would you make?