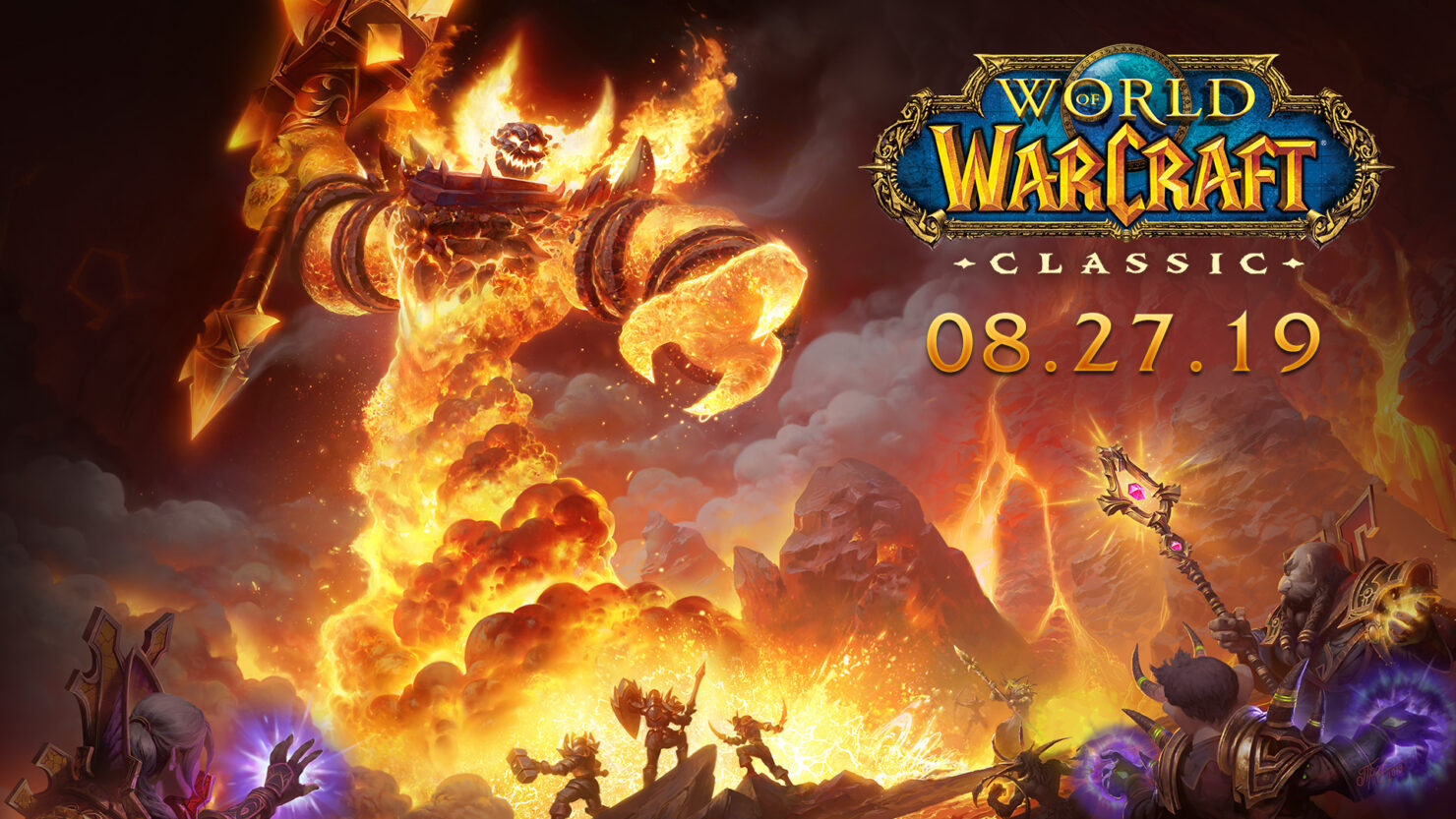 World of Warcraft Classic will launch on August 27th, as confirmed today by Blizzard Entertainment.

The re-creation of the so-called 'vanilla experience' of the most popular Western MMORPG ever made will be included for all World of Warcraft subscribers at no extra cost. World of Warcraft Classic has been rebuilt using the 1.12.0 patch, 'Drums of War', the latest shipped before the first expansion, The Burning Crusade.

Building and launching World of Warcraft back in 2004 was immensely challenging. A tornado literally tore the roof off one of the game’s data centers during the early days of testing—but Blizzard was fortunate to have hundreds, and then thousands, and then millions of people around the world cheering our developers on.

Like many of our players, everyone at Blizzard was fueled by the excitement of seeing the world of Azeroth from the ground level, through the eyes of the heroes inhabiting and fighting over Azeroth has always been a wondrous and deadly place, and it was especially so at the time of WoW’s launch, when everyone was discovering its vistas and exploring its dungeons for the first time—all while helping and supporting the company as everyone here worked through the many technical struggles of hosting a game of this size.

That early experience was incredibly important to Blizzard. It taught us many things about ourselves as a developer and publisher, and about the global community of players that we feel honored to be a part of. The World of Warcraft Classic experience is very different from the Azeroth we know today, but we love it for what it is and what it stands for. We can’t wait to get reacquainted with this dangerous, demanding, and rewarding world with all of our friends, new and old.

Here's the full feature set as outlined by the fact sheet sent out by Blizzard. As mentioned there, you can sign up for a chance to be invited for the World of Warcraft Classic stress tests and Closed Beta test.

Fans of World of Warcraft's Collector's Editions may want out to take a look at the one that's being made for the 15th Anniversary of the game's original release. This Collector's Edition will be out on October 8th and includes 30 days of game time for World of Warcraft, an imposing statue of Ragnaros the Firelord that stands over 10 inches tall; a pin depicting the head of Onyxia, Broodmother of the Black Dragonflight; a mousepad adorned with a map of Azeroth; a set of fine art prints that illustrate Azeroth’s storied past; and a pair of mounts (the Alabaster Stormtalon, and the Alabaster Thunderwing) in honor of the moment WoW players first took to the skies.

The Collector's Edition can now be pre-ordered through the official Blizzard Store for $99.99. 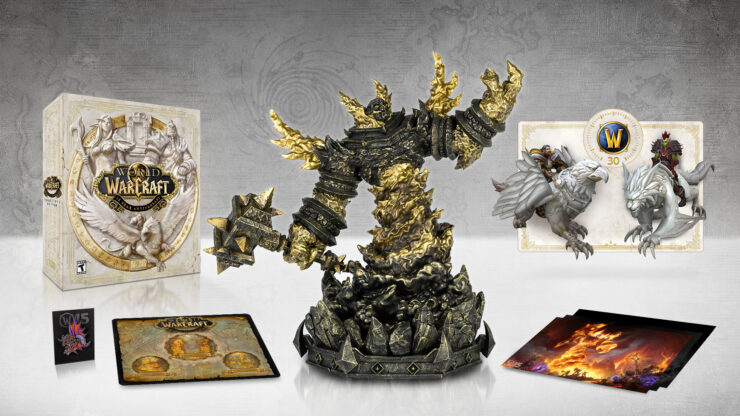 There'll be in-game activities for the 15th Anniversary, too, culminating in a 25-player raid available through the Raid Finder tool that will put heroes against a selection of the most iconic bosses in the history of World of Warcraft. Those who manage to defeat them all will be rewarded with the Obsidian Worldbreaker mount, designed to evoke the terrible visage of the ancient Dragon Aspect Deathwing the Destroyer.

Are you looking forward to World of Warcraft Classic? Let us know in the comments!