Google Trends has posted the most popular searches after Donald Trump was voted the 45th President of the United States. The searches are categorized into “How did”, “Why did”, and “What”. It is interesting to see the kind of questions people asked after the election. Many indicate the signs of confusion.

As one would expect, these searches had the candidates’ names attached to every sentence. Examples include “How did Trump Become President?”, “Why did Hillary Clinton Concede?”, “What will Clinton do now?” And the one question that just shows how baffled people were: “How did the polls get it so wrong?” 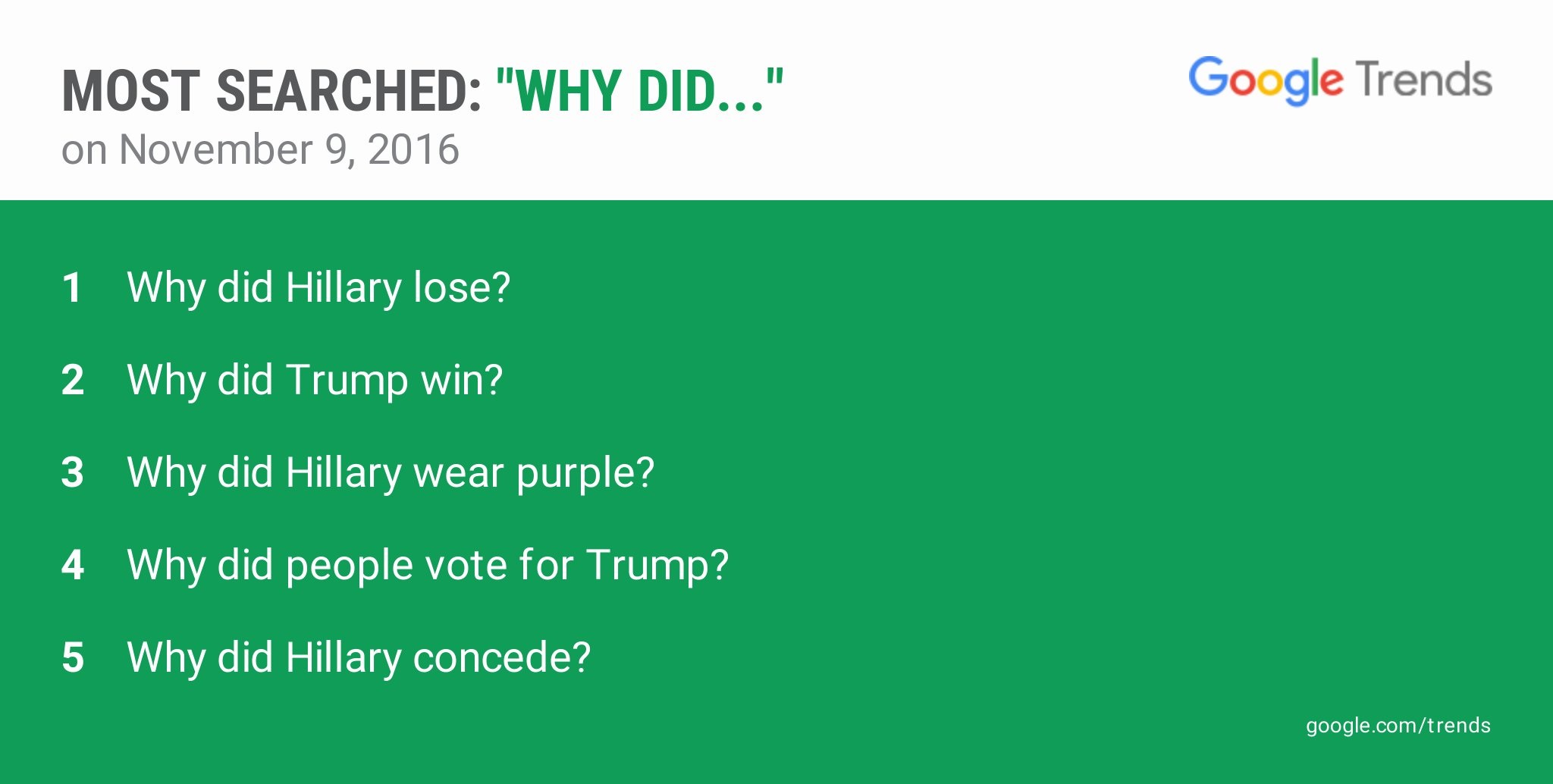 People outside of the US expressed concern by typing in questions like “What Trump means for Brexit?” Many have not even heard of Trump so they were actually Googling whether Trump was a Democrat.

Funnily enough, the internet has been bursting with questions like how did humanity get so stupid? Or, whether humanity was to still have some faith left in it. In one scenario, the internet traffic got jammed because many Americans were actually Googling “how to immigrate to Canada”, and that happened exactly after the election results came out. It just shows how desperate and hopeless people were after these results.

Donald Trump’s shock win has been compared to Britain’s sudden decision of leaving the European Union, the famous Brexit. Google has never been this flooded with searches in such a quick span of time. You can check out the popular searches further here.